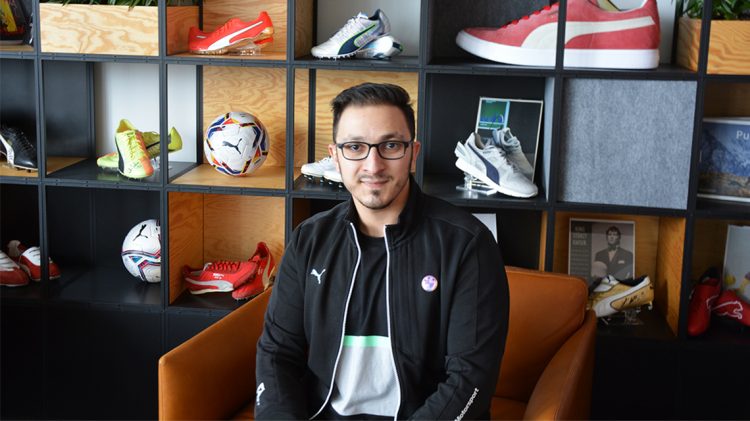 "I crossed
the sea in
a rubber dinghy"

In 2015, thousands crossed the Mediterranean to Europe in makeshift boats to flee war and persecution in civil-war torn Syria. They needed shelter, food, health assistance and hope. Mgd Alashish was one of them. Today, Mgd works as a Junior Specialist IT Service Delivery at PUMA. Read the interview and find out about his risky journey, the importance of freedom and what it took him to live a happier life.

The pronunciation of his first name might be a bit tricky for people who do not speak Arabic. Mgd seems to be used to questions about his name, his voice reveals that. He calmly explains: “My name comes from Syria, the country I was born in. Just call me ´Magd´.” Then his face becomes more tense. He looks thoughtful and serious and starts to tell his story.

THE ONLY WAY, WAS THE WAY OUT

The war and conflict in Syria have had a devastating impact and created the world´s largest wave of displaced people in modern history. Back in 2015, when Mgd and his family decided to escape their homeland, they were starving. “My family and I lived through war for four years until the situation escalated. A radical organization took over, closed our city ´Deir ez-Zor´ and didn´t let anyone in. Suddenly, food was forbidden inside the city. The radical army only allowed in food for themselves.” Mgd and his family couldn´t live under these conditions anymore. The only way was the way out.  “It took us eight months in total until we finally got out. At that time, I was in my eighth semester of university studying Business Administration. They asked me whether I wanted to go to Damascus or cancel my study”. The break Mgd takes while speaking gives an idea of how difficult this decision was for him at the time.

It is hard for Mgd to talk about the war. He admits, he wanted to save his family as well. But his goal had to be to save himself, so he would be able to provide for them later. Today, his mother and siblings live in Turkey. “Their living conditions are still not good. The restrictions are hard for my family. They don´t have a permanent visa and are not allowed to go out of the city they are living in. At least they are safer there than in Syria.”

“I decided to try to get to Germany”, he recalls.

He knew he had to take the risky step of crossing the Mediterranean. Mgd explains his situation at the time, and you can still hear in his voice, how daunting this idea was. Mgd says, approximately forty people were with him in a rubber dinghy. “Everyone had a maximum of 50 cm.” That is not much space for a journey of several hours on the open sea. People were also sitting in the middle of the dinghy. The ride was anything but safe. The only thing Mgd carried was a backpack.

He made it. He arrived in Greece. Before Mgd entered Germany, he crossed Bulgaria, Serbia, Hungary and Austria.

THE ARRIVAL IN BAVARIA

“It was an exhausting trip, but I arrived. My first stop in Germany was Schweinfurt, a city in Bavaria.” His new temporary home was a refugee camp at an old American Army base. With him, 3000 other refugees. “I was there for a couple of weeks, first in a container, then I moved into one of the buildings.” Mgd started to feel safe. Today, he doesn’t gloss over anything and admits “I also had some bad moments living in Germany, but it is a better place. Luckily, I met nice people. That helped me a lot throughout my first years.” For him, the way to a successful immigration was obvious – he had to learn the local language. For the talented Mgd this was a lot of work, but not a real problem.

After a few more stops in Bavaria, he finally got a permission to stay in the country for three years. With that permission in his pocket, he was motivated to search for a flat. “I got a lot of declines at first. After a while I got lucky and found a shared flat with other Germans. This helped me a lot to improve my German skills. In addition, I booked a German language class to get an official certificate.” Mgd, now seems much more self-confident than at the beginning of the conversation and smiles. “I gave it a try and applied at that large sports firm that I am a fan of. I was so happy when PUMA got back to me, and when I got the internship.” Mgd convinced with his skills and personality. As a result, his internship in PUMA´s IT department quickly got extended for another eleven months and he got hold of an apprenticeship in the same department.

“Even though I started to study Business Administration in Syria, I am glad that I am working in IT now. My goal is to stay with PUMA and to develop further, professionally and as a person. I am very, very grateful my life took this positive turn.”

Mgd Alashish fled 2015 from war in Syria to Europe. His mother and his siblings live in Turkey. After a few stops in Bavaria, Mgd got a permission to stay in Germany for three years. He learned German and started as an intern in PUMA´s IT department at the headquarters in Herzogenaurach. His internship got extended and he received an offer for an apprenticeship. Now, Mgd works as a Junior Specialist IT Service Delivery at PUMA. 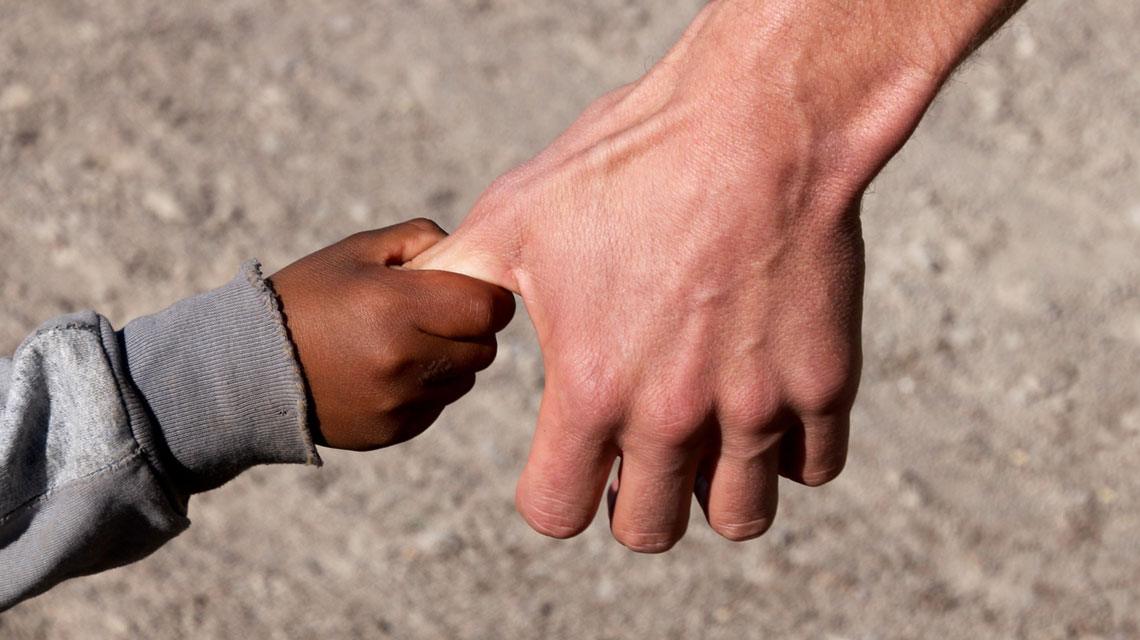 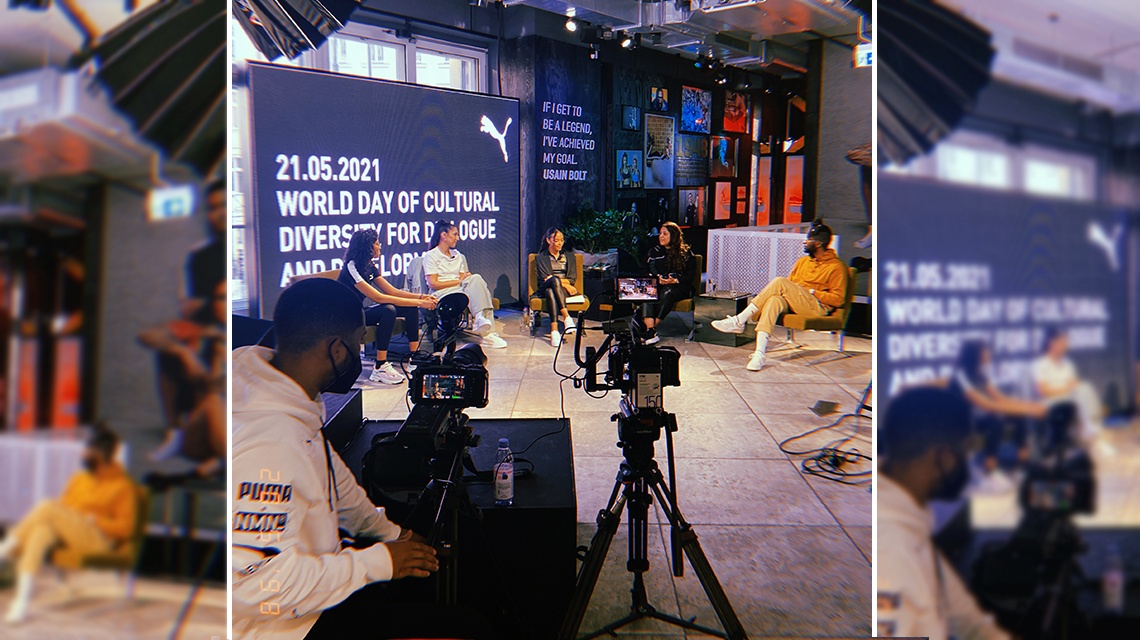 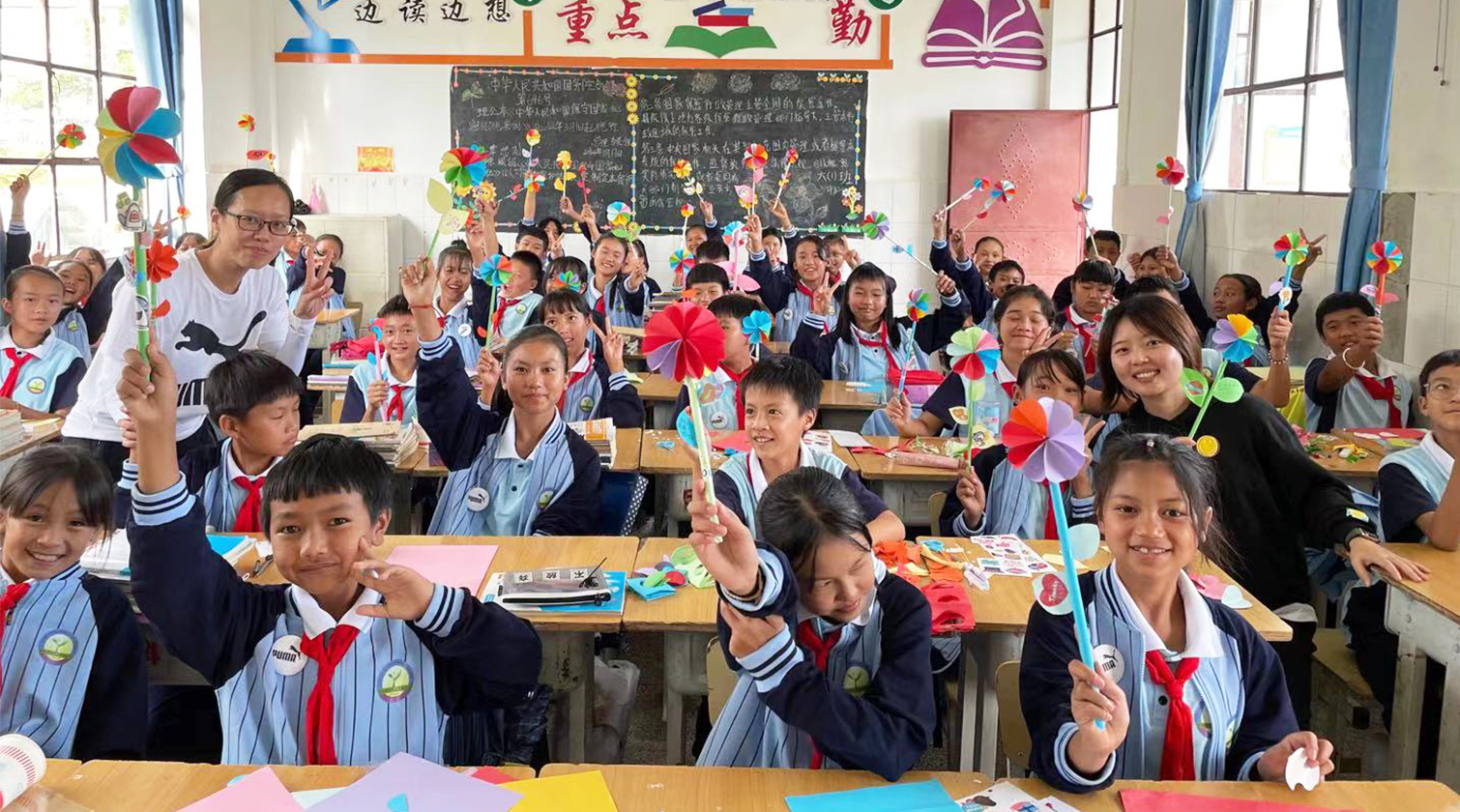 Match the role
and location 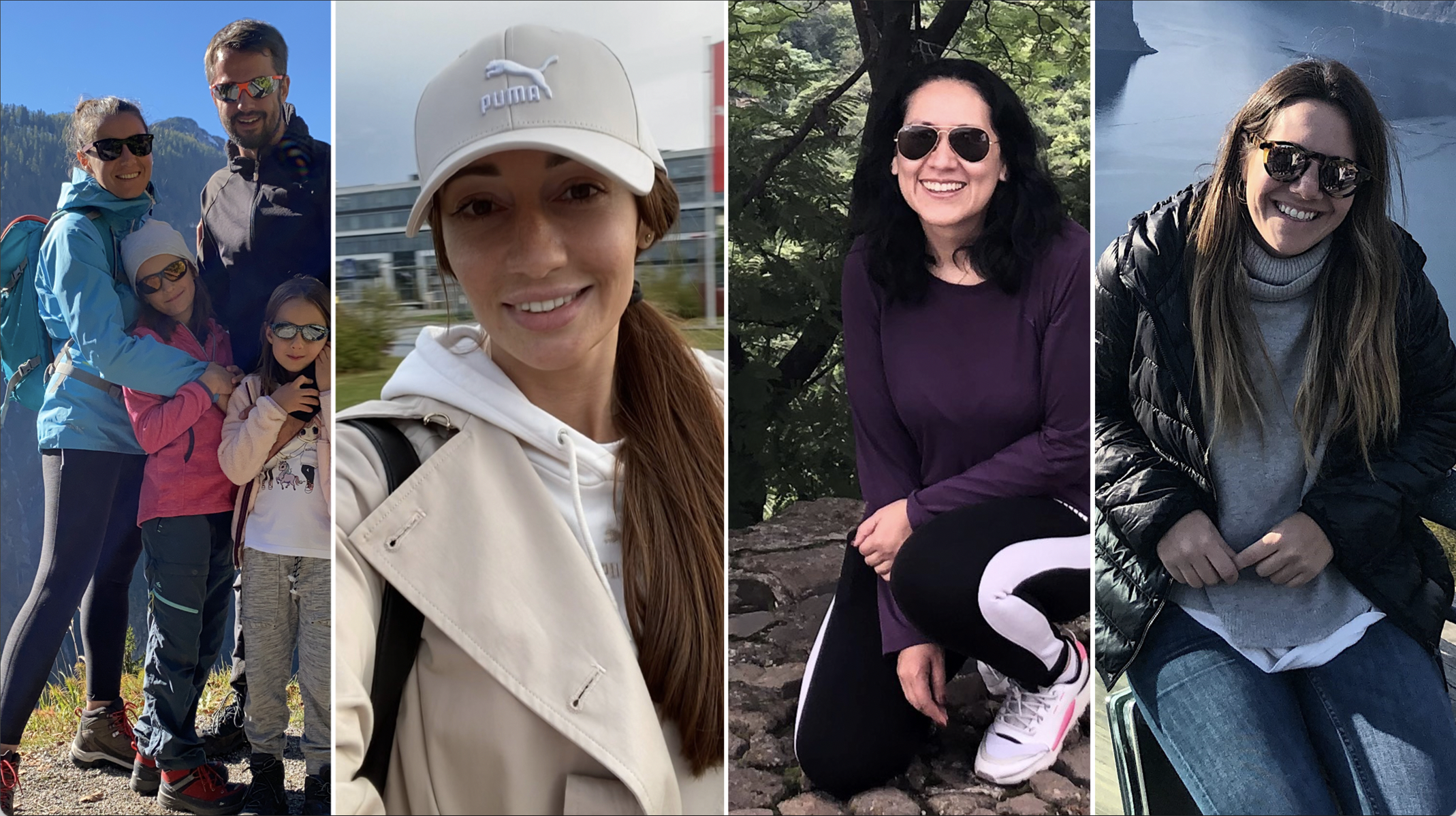 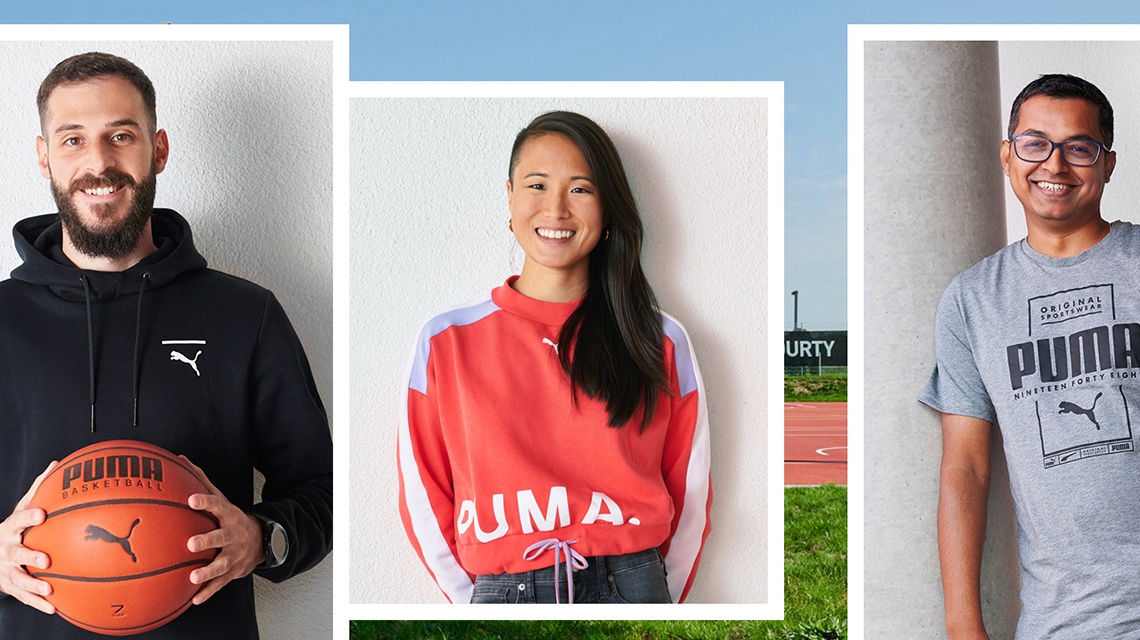 A story that needed to be told

Mgd Alashish fled 2015 from war in Syria to Europe. His mother and his siblings live in Turkey. After a few stops in Bavaria, Mgd got a permission to stay in Germany for three years. He learned German and started as an intern in PUMA´s IT department at the headquarters in Herzogenaurach. His internship got extended and he received an offer for an apprenticeship. Now, Mgd works as a Junior Specialist IT Service Delivery at PUMA.

Match the role
and location