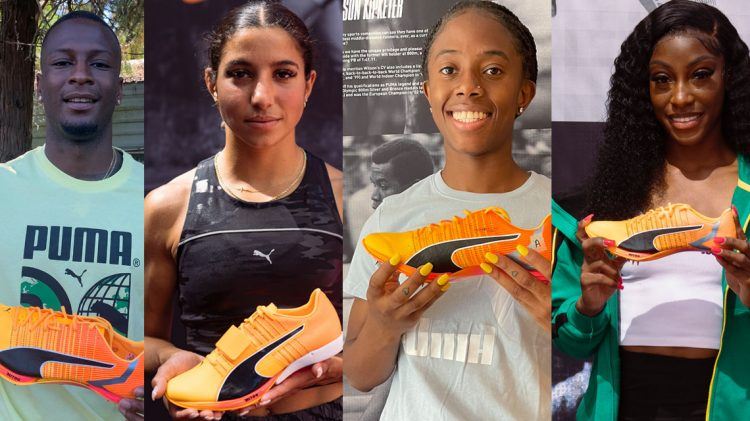 Welcome to
the PUMA Family!

With the World Athletics Championships in Eugen in full swing, PUMA  has added several young track & field athletes to its roster. Supporting the fastest athletes with the fastest products is the main pillar of our philosophy as a sports brand. PUMA has a very strong line-up of track & field ambassadors, including Norwegian hurdler Karsten Warholm and Swedish pole vaulter Armand “Mondo” Duplantis, both world record holders.

The following athletes will join the PUMA Family ahead of the event in Eugene: Champion Allison, a 400 m specialist who is part of the University of Florida’s track & field program. He set a personal best of 43.70 to come in second at the US Outdoor Championships in June. His performance was the 10th fastest time ever in the history of the event.

Jamaican Charokee Young also ran the best 400 m of her career this year with 49.87, making her the second fastest in the world this season. She is part of Texas A&M’s athletics program.

With a personal best of 10.88 in the 100 m event, Jamaican sprinter Kemba Nelson came in second at the Jamaican Championships in June. The World Athletic Championships in Eugene are a home game for her, as she is part of the University of Oregon’s athletics team.

US pole vaulter Gabriela Leon won the NCAA outdoor title this year with a height of 4.60 meters. She had even gone one centimeter higher earlier this year to set a PB of 4.61. She is part of the University of Louisville.