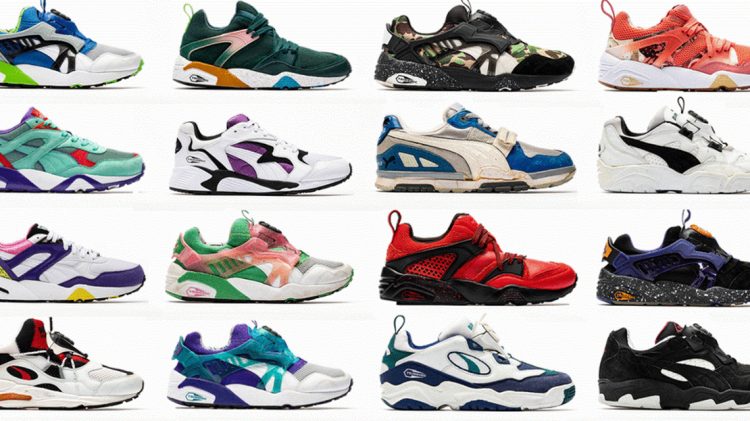 Future meets retro! In 1990, PUMA introduced its most advanced cushioning yet: TRINOMIC. Applied across a wide range and variety of shoes, this innovative technology was a hexagonal system in the sole that compressed and rebounded load. Due to its exceptional features, it was used in PUMA styles across running, basketball, tennis, and football. With the retro trend continuing unabated, we brought the technology back this year with the Blaze of Glory. Now another model is coming soon, the TRC Blaze. Take a walk through time and learn more about TRINOMIC.

With a structural array of equal sized lightweight cells, the TRINOMIC tech provided an optimum balance between cushioning, stability and flexibility and near perfect long-term memory and strength. The design comprised of primarily air filled, hexagonal-shaped cells in both the heel and forefront areas of the sole in the original styles. The flexible structure was originally made of highly elastic materials with extraordinary features that made it resistant, light, highly substantial, and long-lasting.

The TRINOMIC triangle logo represents the three benefits of the technology: cushioning, stability and flexibility. The TRINOMIC technology reigned supreme in PUMA athletic footwear styles through the 1990s. 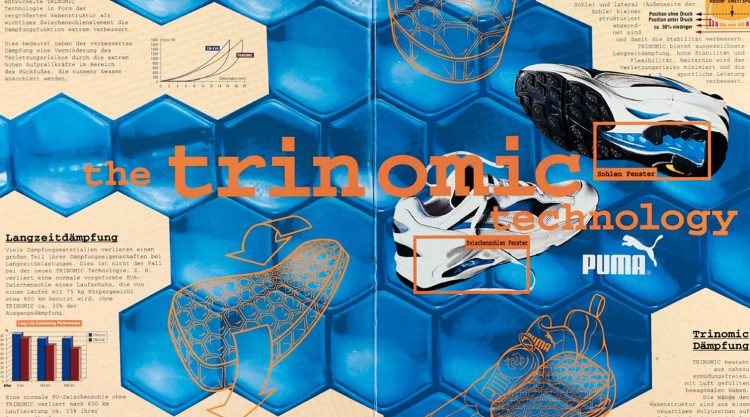 It was in 1991 when we introduced another gamechanger: The DISC System, PUMA’s first laceless sports shoe with a system of internal wires that tighten the upper for a perfect fit.

The shoe also used the TRINOMIC tech in the sole, this time in a unique, zig zag like design stemming from the front to the back of the foot. This dynamic new product feature was used in the beginning for running, but eventually became a crucial piece of the basketball lineup as well. 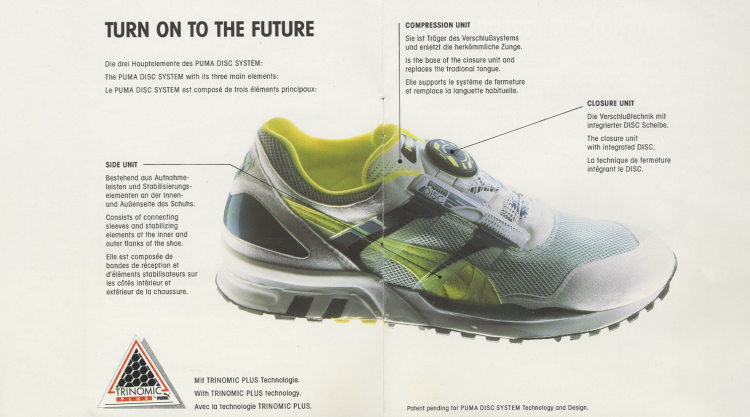 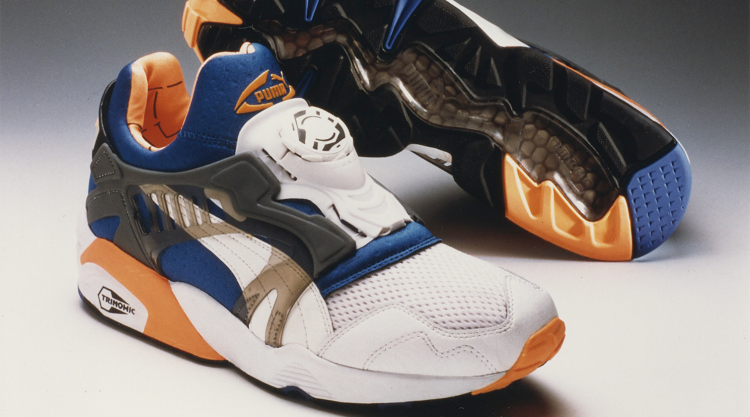 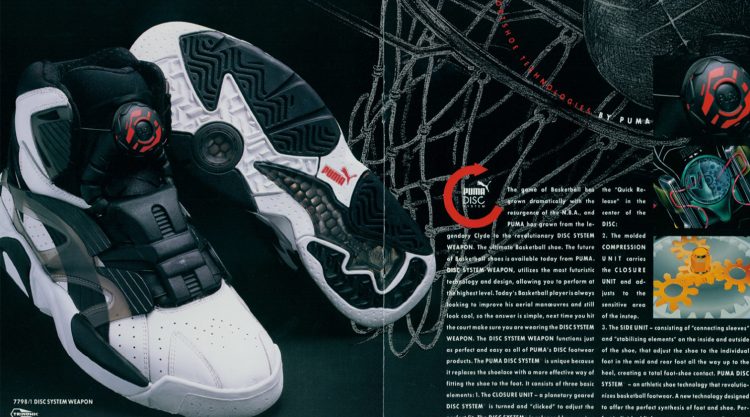 After the late 1990s, PUMA scaled back its use of the TRINOMIC technology until the early 2000s, with the introduction of new styles like the R698, and most notably, the Blaze of Glory. The shoe was inspired by the ground-breaking PUMA DISC Blaze style from the 1990s, this time, with laces. The Blaze of Glory made its debut in 2006, although it wasn’t until 2008 when it really began to take off due to a series of collaborations, most notably with SneakerFreaker. The shoe was one of the most padded and plush versions of the TRINOMIC cushioning ever produced, designed with a unique new upper, signature cage lacing  system, and comfortable sock construction. 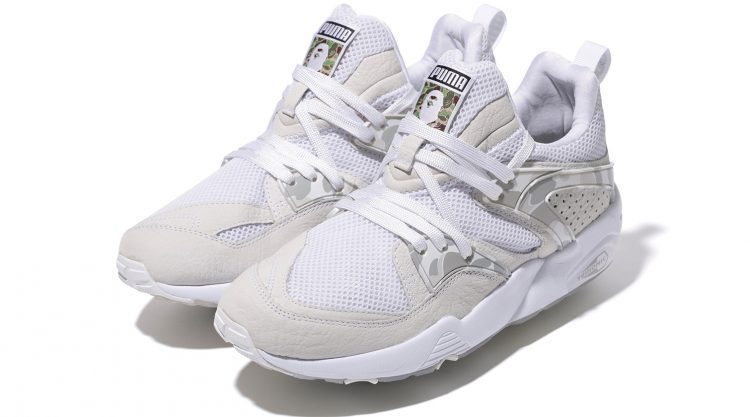 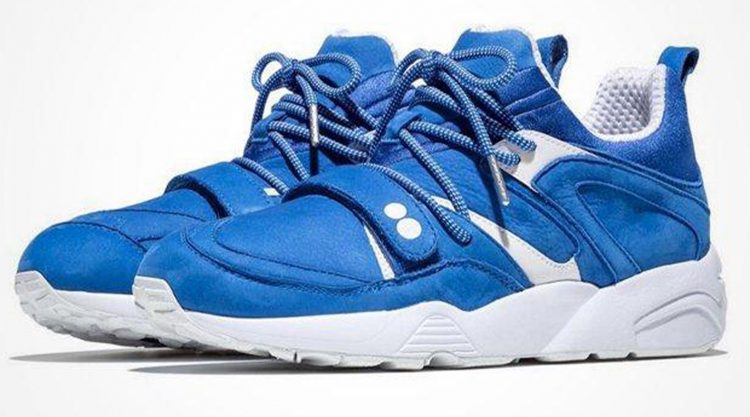 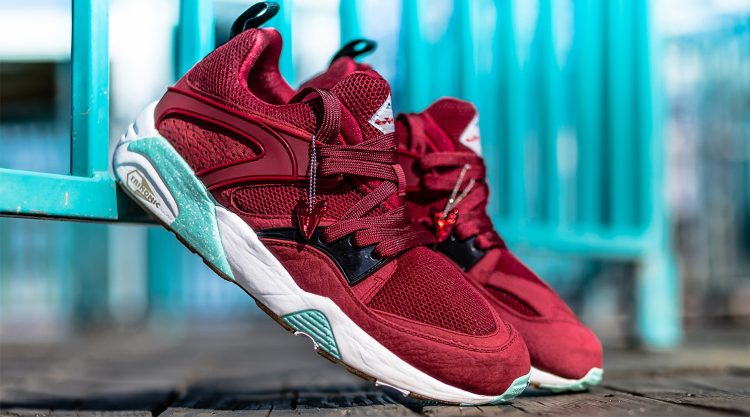 In 2022, we decided to re-launch the Blaze of Glory, keeping it in its original glory in a series of vintage as well as modern colorways for new, fresh takes on the classic. The shoe maintains original design features like the sock construction, TPU window, iconic TRINOMIC logo on the midsole, and tech on the outsole. 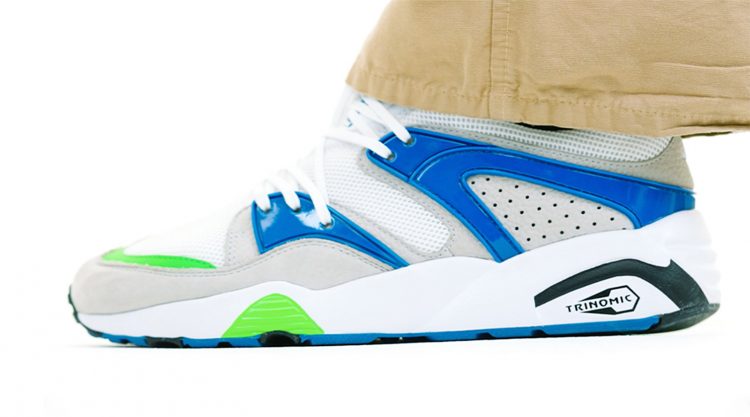 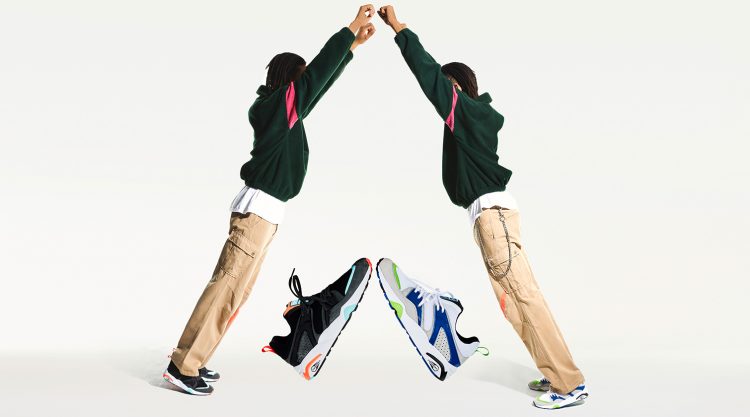 Welcome to the latest edition to the the TRINOMIC orbit! The TRC Blaze brings PUMA’s futro design language – future meets retro – to the Blaze of Glory to create a new, innovative style. The style retains sock construction and an alternative take on branding but adds new features such as a lightweight and extremely comfortable double density sole and a much-improved fitting. The style is rich in futro details, like the tooling code call-out on the back quarter cage and the 3-D tongue logo. 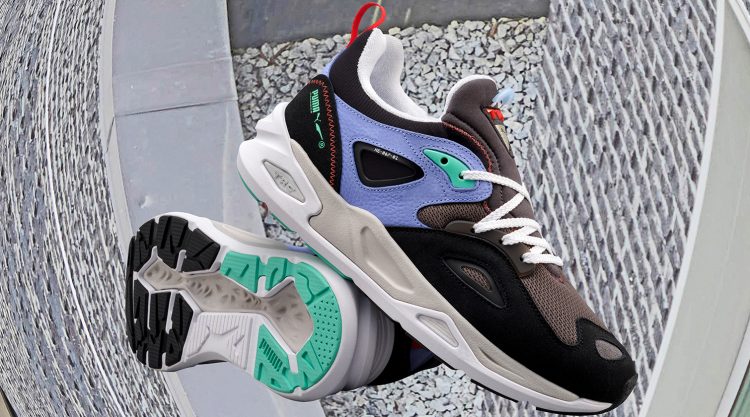 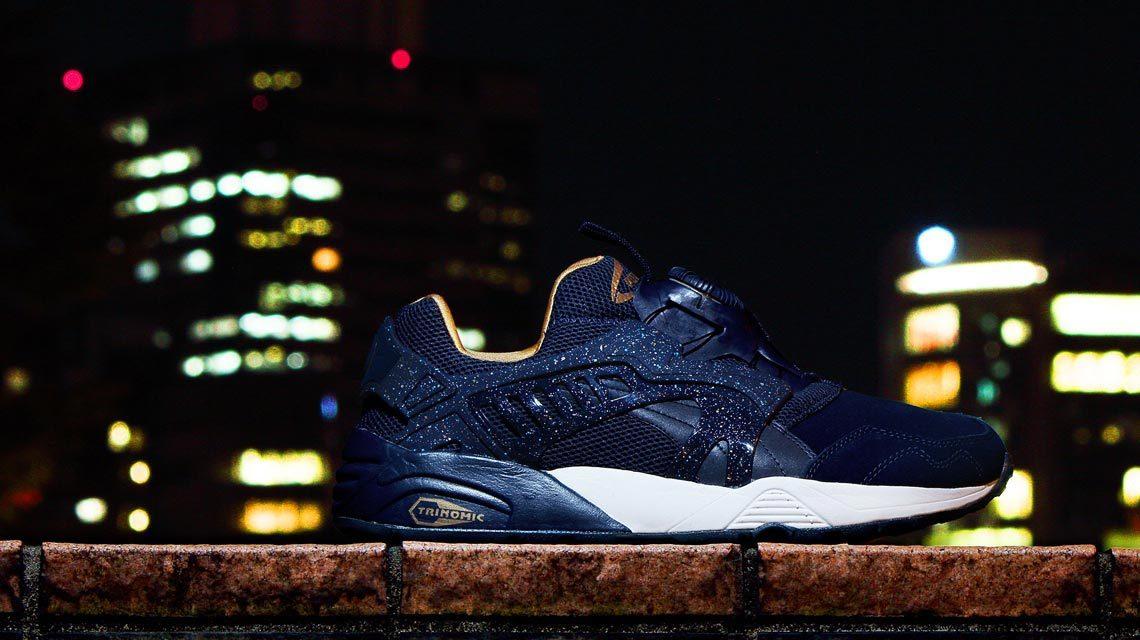 Gold for
the Disc 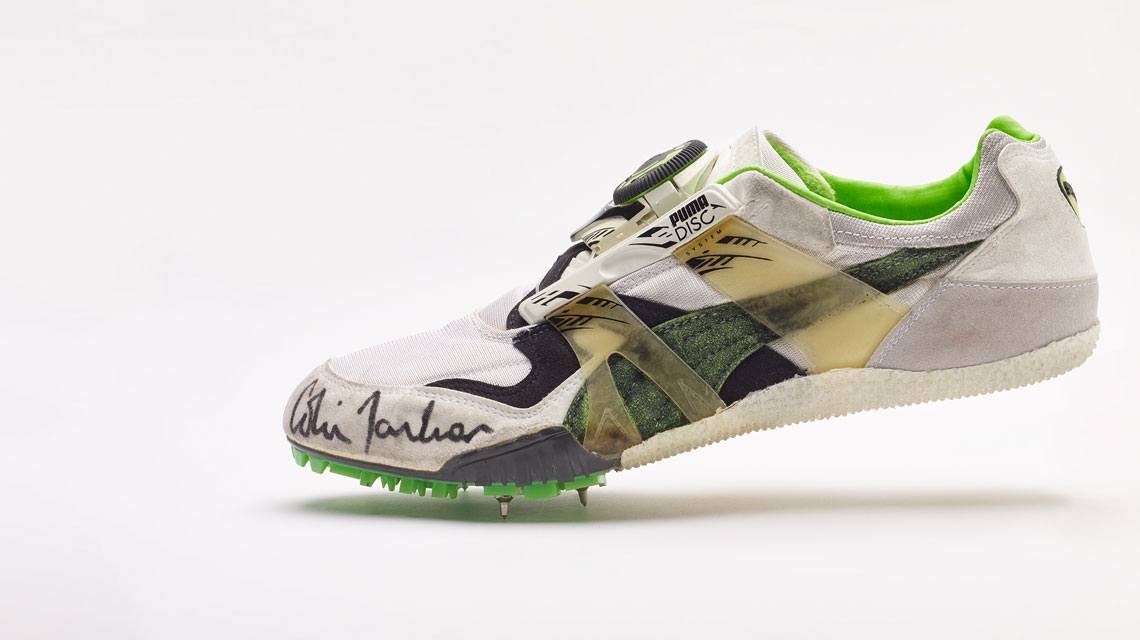 In shape during lockdown

Gold for
the Disc