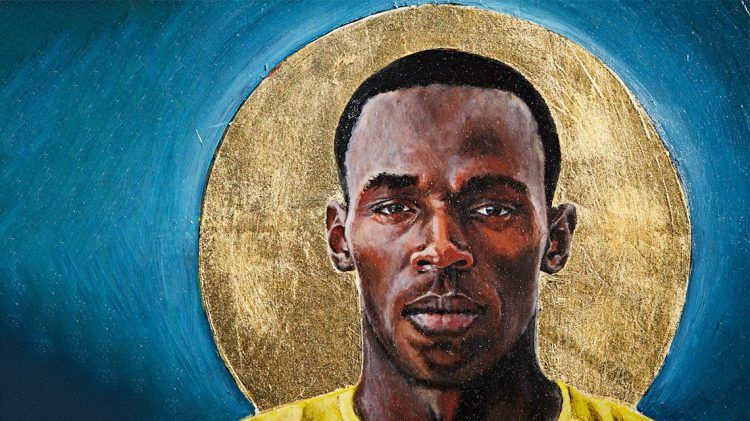 Berlin, August 16, 2009: It is the day of the 100m finale of the Athletics World Championships and all eyes are on Lane 4, Usain Bolt’s. For a few seconds, you could have heard a pin drop.

Then, it takes no longer than 9.58 seconds for Usain to race into the history books and to become the fastest man in the world for at least the next 10 years.

Herzogenaurach, Germany, August 16, 2019:Usain ‘Lightning’ Bolt still is the fastest man in the world. No one, especially not the lucky crowd in Berlin, ever forgot the sight of Usain winning gold by effortlessly blowing away his own record of 9.69 seconds, which he set in 2008.

To show our love and appreciation for our now-retired Olympic athlete, PUMA has a special gift for Usain to celebrate the 10th anniversary of his amazing world record.

We asked Swiss artist David Diehl, who has crafted several football icons’ profiles, to create a one of a kind portrait for Usain that perfectly captures his persona and his love for sports.

The image that was used as an inspiration for the portrait was taken the day he broke the World Record and was named “The Fastest Man on Earth”. Resembling Byzantine icons, David Diehl’s artwork makes Usain St. Leo Bolt, as his full name is, a real-life saint.

To be able to celebrate and commemorate the 10th anniversary of Usain’s record is something that happens once in a lifetime. He is a symbol of excellence for everyone, especially athletes, all around the globe. In many ways, he has been the starting point for who we are as a brand. Usain is the embodiment of Forever Faster and the essence of PUMA’s brand DNA. We have been working with him since he was a teenager and ever since, he has been our icon… our inspiration. We have been blessed to have him as a member of our PUMA family!

What about his World Record Shoes?

Dubbed the PUMA YAAM, the Theseus Pro sprint spike was the famous shoe that helped propel Bolt to victory that memorable night in Berlin.

In the years leading up to the historic race, PUMA designers and technicians spent countless hours studying Bolt’s stride and foot form to produce the memorable, bright orange spikes the Jamaican wore to conquer the track. 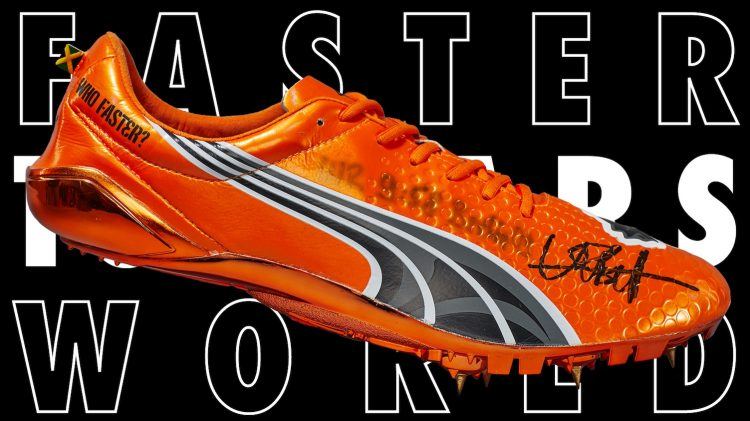 The ‘PUMA Archive’ at the sports brand’s headquarters in Herzogenaurach is now the cherished keepsake for Usain’s record breaker’s spikes and singlet.

An icon's and world champion's essentials

What happens in Paris shouldn’t stay in Paris

An icon's and world champion's essentials