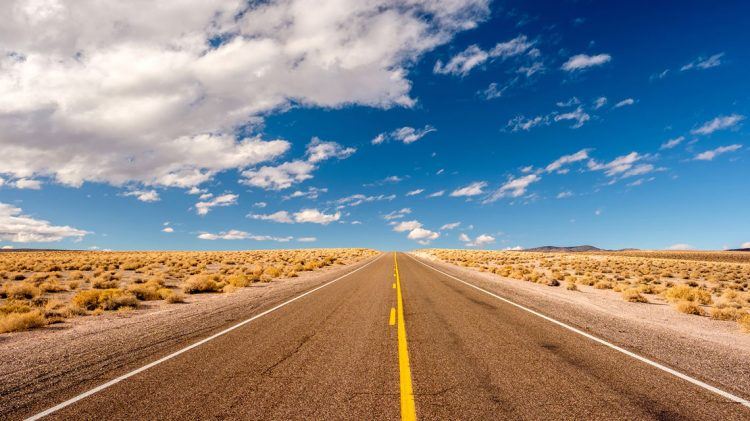 Time to get away

Time to get away

What better way to celebrate the arrival of summer than with a spontaneous, adventurous road trip? While we can provide the perfect soundtrack, you need to do the planning yourself. So let’s get to it and remember: Vacation is a state of mind. So put on our playlist and escape – even if it’s just mentally. No road rage allowed.

What would a road trip playlist be without classic 80s Rock? Naturally, Bon Jovi had to make our list. Now everybody sing along (we know you want to): “Ohhh, we’re half way there…”.

Our selection is getting quite literal quite fast – please don’t judge. “Rid Wit Me” is a feel-good Hip hop jam that is best enjoyed while driving in a convertible with your friends.

At only 19 years old, R&B artist Khalid released his debut album. The first track “American Teen” perfectly captures the essence of adolescence when anything seems possible.

Back at it with the 80s Rock! “Don’t Stop Believin’” is a pop culture classic and if you find yourself on a road trip, you might just listen to a band called Journey.

“Ms. Jackson” is iconic in every way. In case you didn’t know: The story behind the song was inspired by Andre 3000’s relationship with Erykah Badu and her mother.

“Go Your Own Way” is about the painful ending of a relationship. So in case you are in need of a post break-up trip to work through your feelings, this one’s for you.

Another break-up anthem from the queen of all break-up anthems. Were you looking for that one song to sing along to at the top of your lungs? Enter “Rolling in the Deep” (that chorus!).

Travelling along California’s Pacific Coast Highway is on a lot of people’s bucket lists. Here’s a song in joyful anticipation of your next trip (even if it’s not California).

The almost six-minute long song is like a rollercoaster of feelings with Freddie Mercury at the top of his game. Tip: Put “Bohemian Rhapsody” on when the drive gets tiresome and you need a boost of energy.

Hailed as one of the best songs of its decade, “Paper Planes” introduced M.I.A. to a larger audience. In true M.I.A. fashion, she effortlessly combines catchy tunes and political messages.

“Drive” starts with rattling keys and the sound of squealing tyres. Halsey takes us with her on a car ride she’s taking alongside her love interest. The lyrics exude yearning and excitement.

Californian musician Robert Francis’ indie folk makes you want to sit around a bonfire talking about anything and everything. On “Junebug”, he reminisces about a past love.

The Grammy Award-winning song was inspired by the death of lead singer Patrick Monahan’s mother. Even with a heavy back story, “Drops of Jupiter” conveys a sense of freedom and easiness.

Last but not least, another very literal interpretation of the road trip theme. “Shut Up And Drive” bubbles over with confidence, fun and lyrical innuendos – Rihanna at her best.