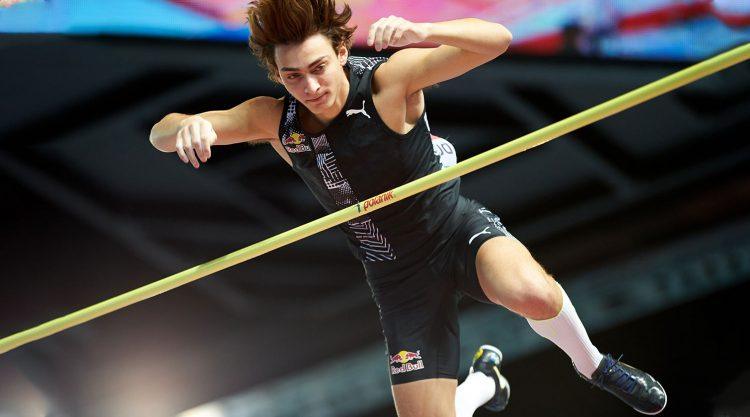 We also signed an agreement with Matvey Volkov, who will compete for Belarus. He cleared 5.60 meters this month to become the best performer of all time at the age of 16.

PUMA has always paid special attention to track and field, as it is deeply linked to the company’s history and probably the most pure display of athletic ability there is.

“Pole vault is perhaps one of the strongest and most exciting events in all of track and field at this time. Following the signing of Mondo Duplantis, we also had the opportunity to add some top names to the roster on both the men’s and women’s side,” said PUMA’s Head of Sports Marketing Pascal Rolling.

With PUMA by his side, Mondo was on fire in 2020. The Swedish pole vaulter broke the world record twice in a week in February (6.17m and 6.18m) before producing the highest outdoor vault in history (6.15m) in September. In December, Mondo was named “Male World Athlete of the Year” by World Athletics.

“Mondo, Renaud, and the rest of the current pole vault squad are all jumping in spikes that have been engineered specifically with the athletes’ biomechanics and technical needs for the event in mind. We will continue to strive for further product innovation in our spikes across all track and field events,” Pascal added.

Mondo jumped a year best on Wednesday in Belgrad, clearing 6.10m. Renaud has cleared 6m again this year for the first time in years. Both jumpers will again be in action at the indoor European Championships in Torun, Poland next week.

Track & Field
is back! 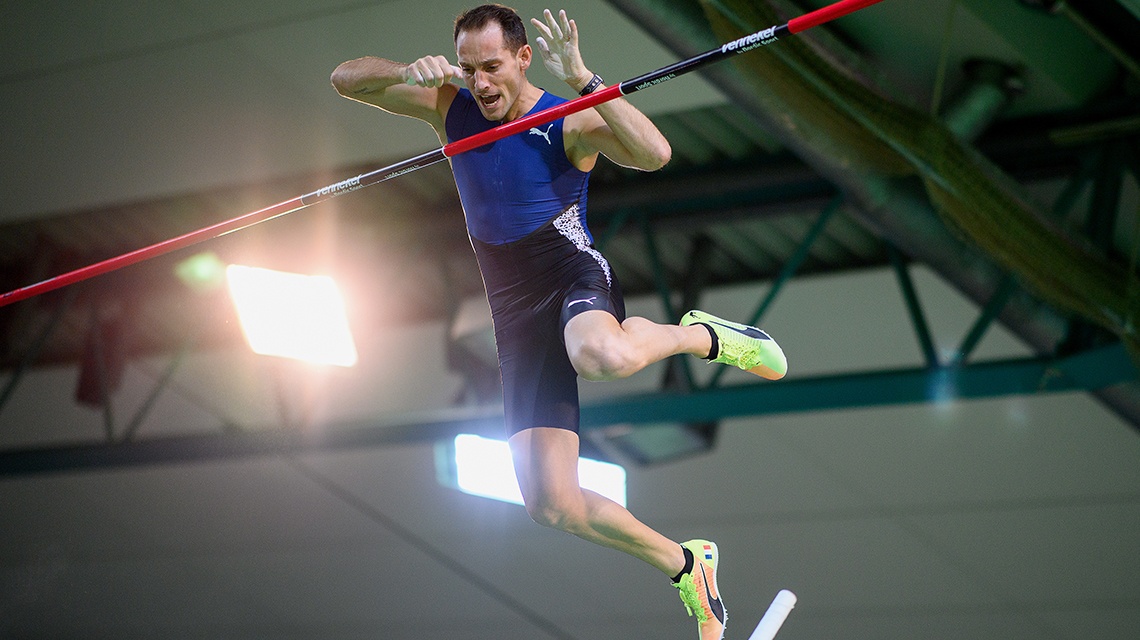 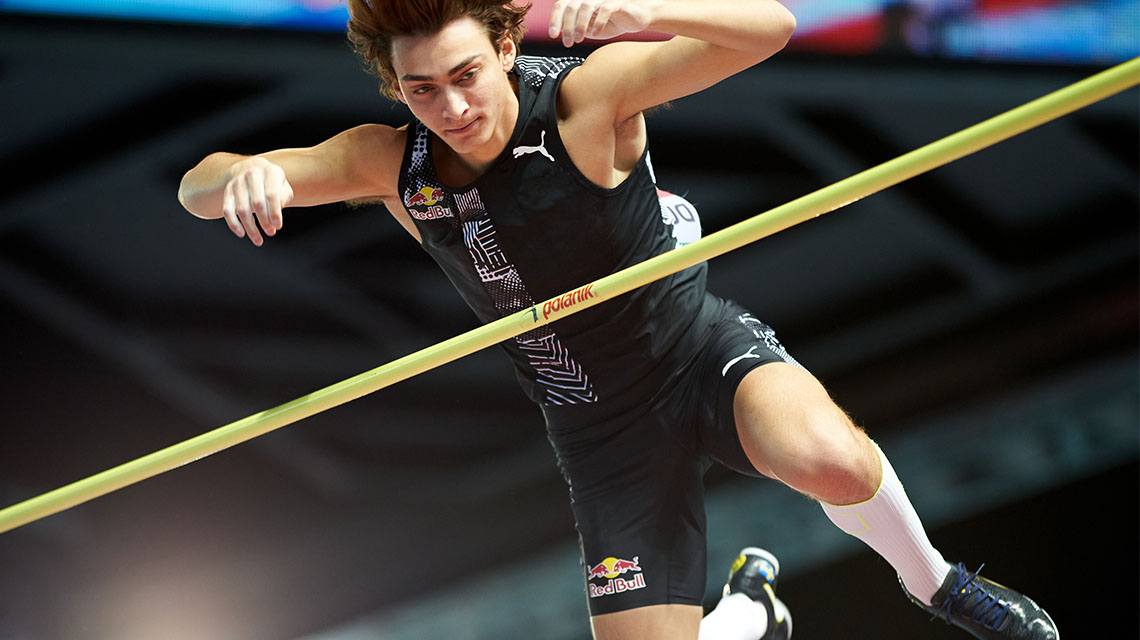 Track & Field
is back!