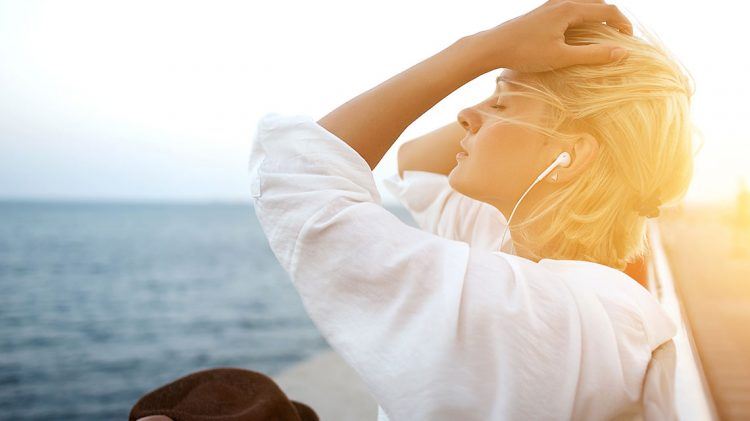 While our latest CATch up playlists focused on motivation and empowerment through music, this time we are choosing a more gentle tone. We put together a list of songs that will stimulate your mind and emotions.

After a grueling four-year wait, Frank Ocean finally came back with new material this year. However, “Thinkin Bout You” is always worth going back to.

“What if love was holy and hate obscene” – Alicia Keys paints a promising picture of a better tomorrow and inspires to fight for your ideals.

Birdy has always had a way of getting you in your feelings and her gloomy cover version of The xx’s “Shelter” is no exception.

American R&B and soul singer Andra Day delivers a hopeful message on overcoming hardships and lifting each other up.

Tracy Chapman needs no introduction. Her story of wanting to start over and escaping a bad situation makes you ponder on where you are headed yourself.

With “A Seat at the Table” Solange released one of the most powerful albums of the year. On “Cranes in the Sky”, she sings honestly about confronting pain.

“Seven Months” convinces with its subtle yet sophisticated arrangement and showcases Låpsley’s unique talent as a singer and producer.

Kindness and Robyn are urging everyone to not get confused by the noise and to stay connected with each other. The music video features the musicians’ loved ones.

The emotional song, originally performed by Bleachers, deals with loss. On Sia’s cover version, her voice takes centre stage and transports the listener.

“Wildest Moments” is about how deeply connected happiness and sadness are at the core and about the highs and lows of human relationships.

FKA Twigs – a passionate dancer, producer, and director – embodies artistry. On “Good to Love”, she struggles with allowing herself to love again.

Lianne La Havas recalls a past relationship and openly unburdens her heart. She addresses her ex and tells a personal tale of heartbreak and vulnerability.