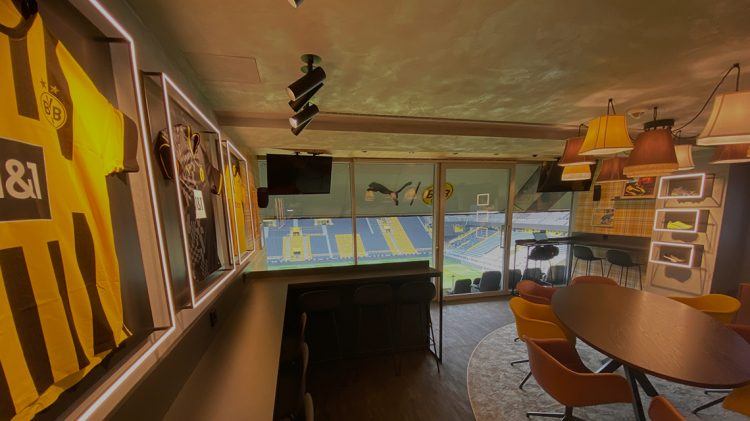 This is our new
BVB box ⚫️🟡

Hurray, Bundesliga is back in full swing. And the good news continue. In line with our 10-year BVB partnership anniversary, the PUMA BVB box got a makeover. The result is a stylish lodge, modern and with a 70s retro feel. Take an exclusive look inside!

CATch Up had a chat with Alexander Bugert, Senior Manager Retail Space Management DACH at PUMA about the concept idea behind the new BVB PUMA box, the preparation phase and the 10th year partnership with our beloved black-yellow Bundesliga team. 🖤💛

The new box looks amazing. Was this makeover initiated as part of the ten-year partnership between PUMA and the BVB or was it tackled independently?

Alex: It was simply time. The box was already over 10 years old, so we decided it was due for a relaunch. Our partnership and connection with the club is so strong that a redesign was overdue. To do this, we tried as a team to develop a concept that would do justice to our brand.

Could you give us more details about the concept you just mentioned?

Alex: After visiting the box on site and exchanging ideas with the staff there, we developed a clever concept and set ourselves the goal of creating a different sense of space. Previously, it was characterized by a rather bulky design. The style of the furnishings is now inspired by the 1970s and is intended to be reminiscent of one’s own living room, creating a feel-good oasis that matches the brand. To achieve this, we combined bar elements, the box area and a large table in the center of the room, which additionally creates a sense of community. By coordinating our proposals internally and externally, we managed to complete the project in time for the unusually early start of the Bundesliga due to the World Cup this year.

For how many people is the box designed?

Alex: With a capacity of 20 people, the box is one of the largest, even if it seems small at first glance due to the relatively low ceiling height. Therefore, we have tried not to clutter the room with too much beamed furniture. In terms of decoration, we were keen to integrate the PUMA Archive department and, together with them, we created vivid frames that shine a charming light on our sporting goods.

Are the products displayed regularly changed and thus kept modern?

Alex: Exactly – in contrast to the retro look of the furniture, we want to keep the frames modern. There are currently six products on display, including the latest three football boot models and the 2022/2023 BVB jersey set with home, away and cup kit. 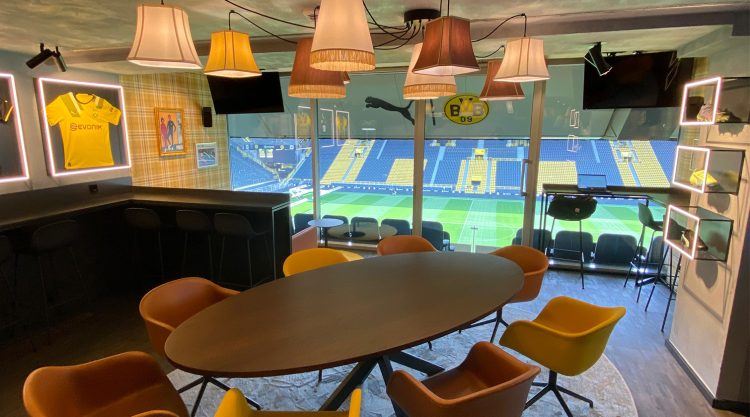 The “Yellow Wall”: a crown jewel of German football

In cooperation with the PUMA Archive

For the start of the 2022 /23 season, we have completely redesigned our "PUMA/BVB living room" and look forward to a successful new season!

10 years
side by
side 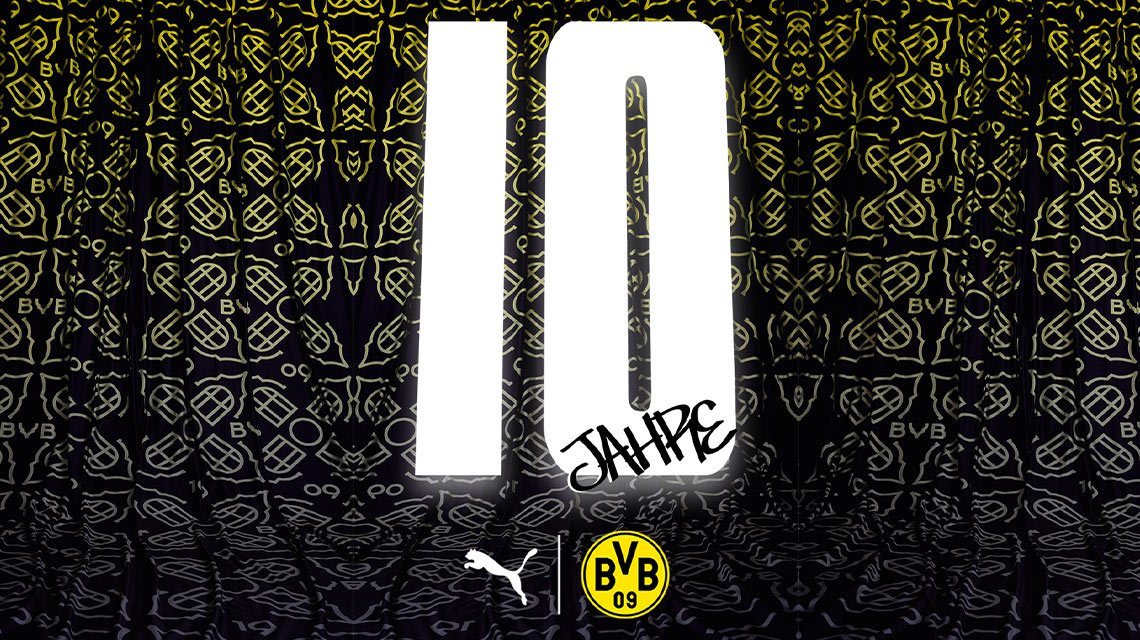 Our partnership with grime MC, rapper, and record producer Skepta

The “Yellow Wall”: a crown jewel of German football

In cooperation with the PUMA Archive

For the start of the 2022 /23 season, we have completely redesigned our "PUMA/BVB living room" and look forward to a successful new season!

10 years
side by
side