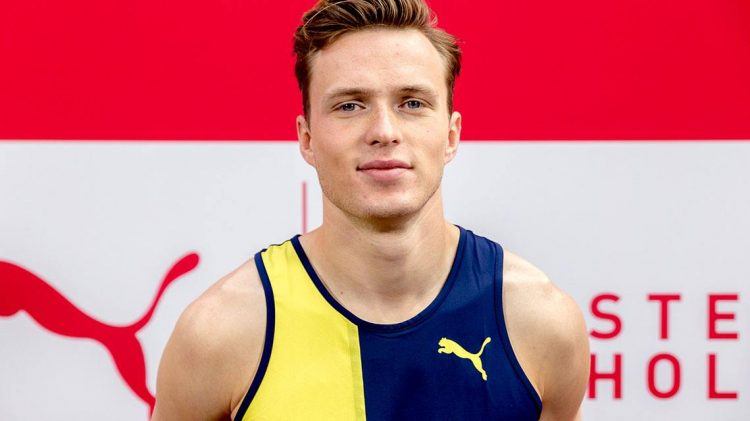 Worldclass Hurdler and PUMA athlete Karsten Warholm did it again: After being crowned World Champion for the first time two years ago in London, he successfully defended his title over 400m hurdles at the World Athletics Championships in Doha, Qatar!

The Norwegian continued a perfect season by sprinting to gold in 47.42 seconds in front of a cheering crowd.

Karsten Warholm, the second fastest ever over this distance, held off his closest rival Rai Benjamin, who took the silver in 47.66 seconds. Qatari Abderrahman Samba grabbed bronze.

Three of the four fastest men ever in this discipline were in the starting blocks last night, which made the 400m hurdles one of THE events of the world championships.  “This was a very hard race, I had a pain in my chest, I thought I was going to die but here I am world champion,” Karsten Warholm told reporters after the race.

The 23-year-old has shown his brilliant form this season in the build-up to the championships, when he became the first European to run under 47 (46.92 to be precise) seconds for the 400m hurdles at the IAAF Diamond League final in Zurich, Switzerland. A time close to the world record of 46.78 seconds which has stood for 27 years.

“This is only the beginning and I am very lucky to win,” Karsten Warholm told the BBC. “It’s deserved but in the future these guys will be tougher to beat. Tomorrow I have to get up and work again. That is what I love.”

Welcome to the family!

The world’s fastest men over the 400m hurldes, such as Karsten Warholm, Rai Benjamin or Abderrahman Samba, score times around 47 seconds. That corresponds to 8.51 m/s (30.63 km/ h)!

Welcome to the family!

The world’s fastest men over the 400m hurldes, such as Karsten Warholm, Rai Benjamin or Abderrahman Samba, score times around 47 seconds. That corresponds to 8.51 m/s (30.63 km/ h)!