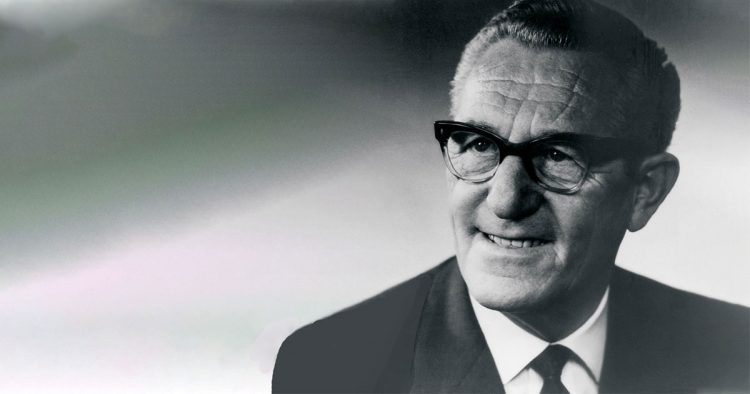 Honors the past and embraces the future

Honors the past and embraces the future

PUMA honors the legacy of its founder in the Rudolf Dassler Legacy Collection, which includes PUMA’s timeless classics that continue to stay on trend. A selection of the most iconic silhouettes from the track, the court and the streets were brought back from the PUMA Archive and revamped for this lifestyle collection. Let’s have a look at the history of the nine shoes.

The Oslo was introduced as a training shoe during the 1952 Olympic Games in Oslo and named after the host city. The shoe went through a couple of changes over time, and a few versions later, it arrived in its 1968 iteration, which we re-release for this collection as the Oslo City. Originally designed as an all-purpose trainer suited to indoor sports, they today provide a casual yet sporty look for the streets. Details like the iconic textured PUMA Contact sole No. II and the suede formstrip round off the shoe and make it a favorite among collectors. This timeless design and silhouette have stood the test of time, re-designed for this collection including a blue textile tongue.

The Roma debuted in 1958 as a track and field shoe. In 1968, the shoe was remodelled as a training shoe. Later, in the 1980s, it was established as a favorite among the soccer casuals and has continued to maintain popularity through the years. It features a reinforced heel to provide extra comfort and is relaunched here in white premium leathers and accented with a colored textile tongue in green.

The Mirage began in the 1970s as a track and field shoe and was reimagined in 1992 as a jogging and leisure shoe, appreciated by runners for its stability, comfortable foam and lightweight design. Today, PUMA reissues this iconic style from its archive as a one to one of the 90s Mirage OG in white premium leathers accented with a blue textile tongue.

The Capri was created in 1973 as a casual shoe for sailing. With a vulcanized midsole and two ventilation holes on the medial side, the Capri stays true to its heritage, while logo placement and execution have been modernized and enriched with an embroidery on the lower part of the heel. Redesigned in white premium leather, the shoe is accented with a red textile tongue. 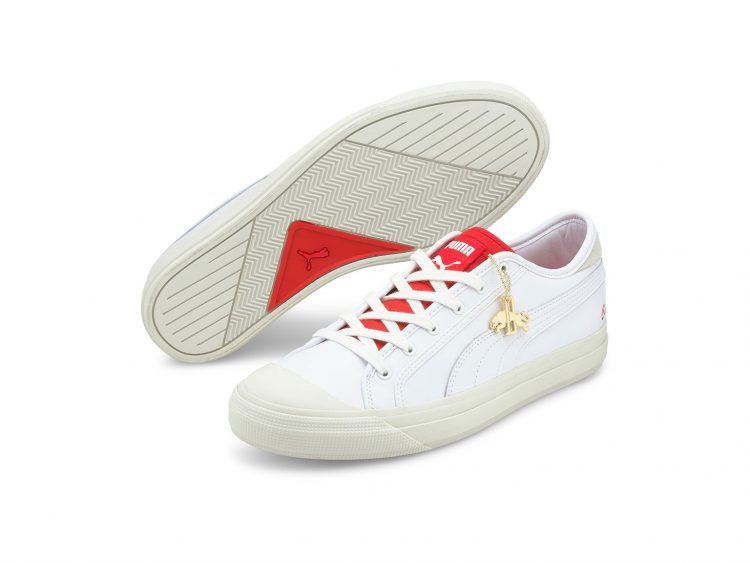 Rudolf Dassler wanted the athletes wearing his products to have the abilities of a puma. This means that when they wear PUMA shoes, they would become as fast, smooth, and agile as a puma. He tried to blend these characteristics with PUMA shoes, leading athletes to victory.

The Fast Rider was developed by the son of founder Rudolf Dassler, Armin A. Dassler, in the 1980s. Originally a jogging shoe, it was designed with famous Federbein sole, known for its cushioning properties. The Fast Rider is remodelled with the same design and comfort in mind, in white premium leathers and accented with a red textile tongue.

In a time when it was all about rocking a unique pair of sneakers and being ahead of the game, the Sky LX stood out. Represented on the streets of New York by sneakerheads and streetball players alike and endorsed by several players in the NBA and the college league, the Sky LX became one of the most coveted sneakers of its time when it was introduced in 1984. Today, the Sky Lo LX is made for a new generation of sneaker enthusiasts in a clean low-cut version. Equally praised for its comfort and style.

The Ralph Sampson Mid was the signature basketball shoe of Hall-of-Famer Ralph Sampson, who played most of his NBA career with the Houston Rockets in the 1980s. He gained a reputation becoming a four-time All-Star, NBA rookie of the year and the MVP of the All-Star game. Upon its release in 1985, the shoe was at the top of the technological ladder. Today it is celebrated for its clean and classic look. Once an icon on the court, the shoe is now a leader in fashion and street style. To honor this exceptional athlete, PUMA also created a low version of his iconic shoe, in a clean, classic design: the Ralph Sampson Lo. 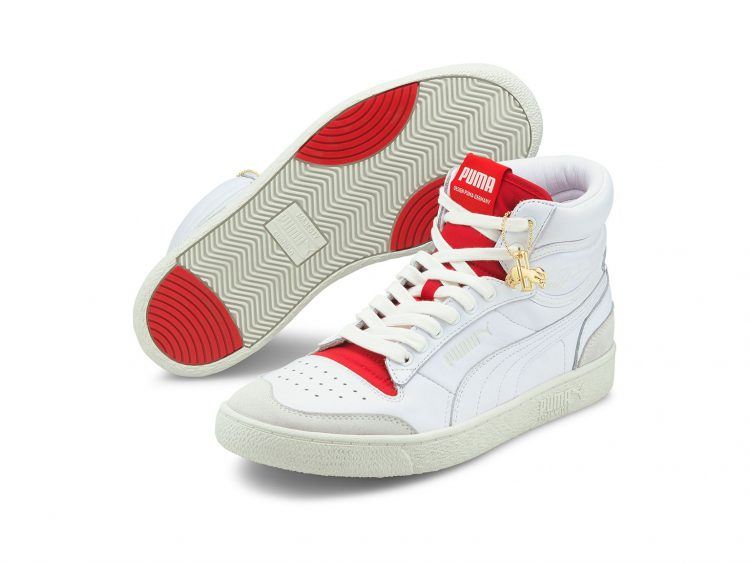 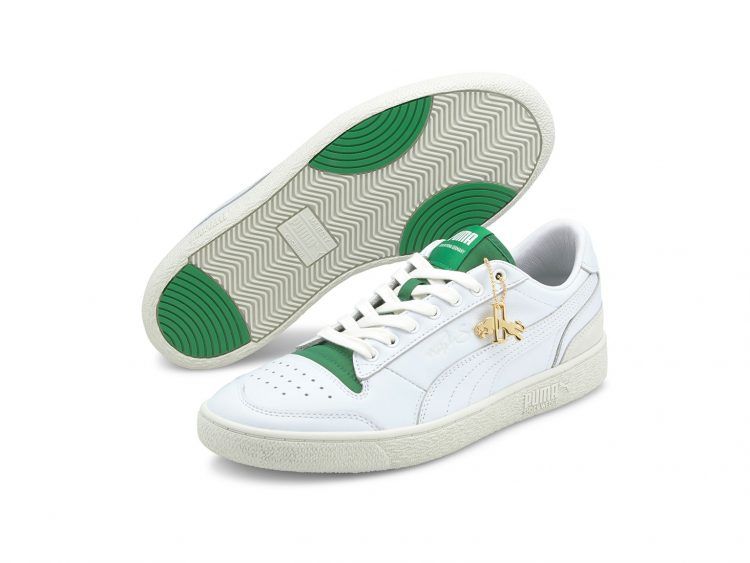 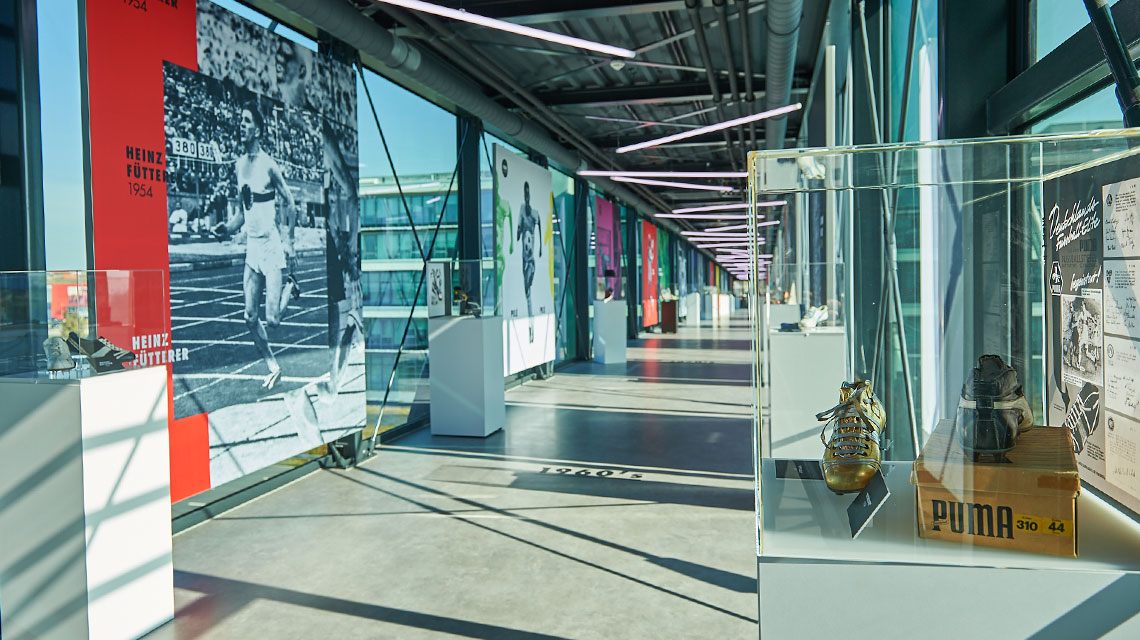