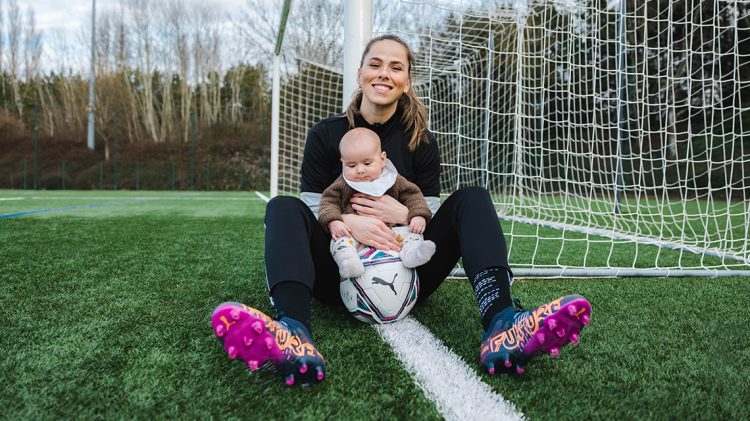 PUMA Athlete and Iceland’s women’s national soccer team captain Sara Björk sets an example for women returning to play football after pregnancy. She has defied the odds and battled through many hurdles to make her long awaited return to elite level football this weekend when Olympique Lyonnais faced Dijon in Ligue 1 Féminine.

An extraordinary four months after giving birth to her son, Sara returned to the pitch to crown off an incredible journey that has seen her achieve the goal she had set herself when she first learned of her pregnancy.

Back in September of 2021, Sara began working closely with PUMA to document her journey as she prepared to give birth and attempt to return to elite level sport. The journey has featured blogs and social content amplified through PUMA’s ‘She Moves Us’ platform to raise more awareness of the difficulties female athlete’s still face when becoming pregnant. 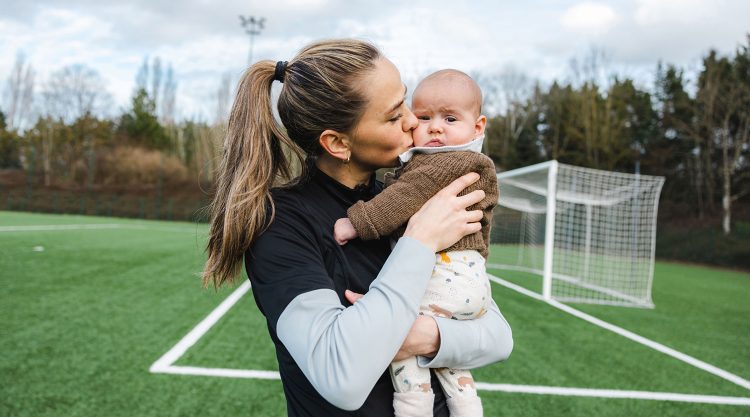 Many athletes encounter challenges and uncertainty over their careers when faced with the prospect of pregnancy. Many athletes struggle due to lack of support with early retirement a reality for most. Due to the stigma and issues female athletes have faced, Sara wanted to inspire a generation of female athletes to not give up on their dreams and to push for change at all levels to help athletes who want to start a family and return to play at the highest level.

Sara’s journey will culminate in the release of a special documentary later in 2022. The short film will give unprecedented access to Sara’s story and give insight to the challenges female athletes face when deciding to start a family. 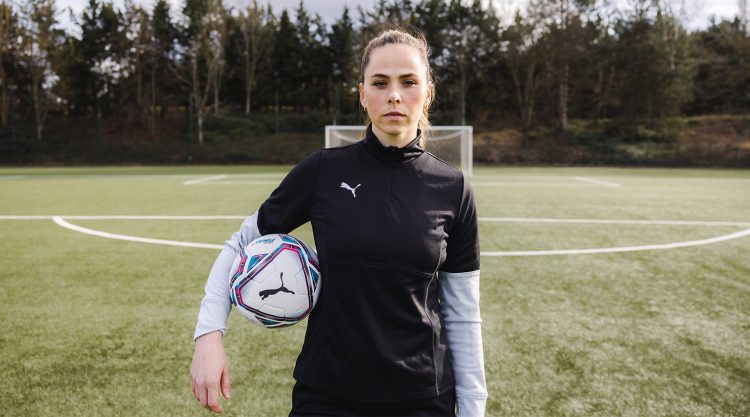 She’s Back. Back on the pitch.

BACK TO
ELITE LEVEL
FOOTBALL 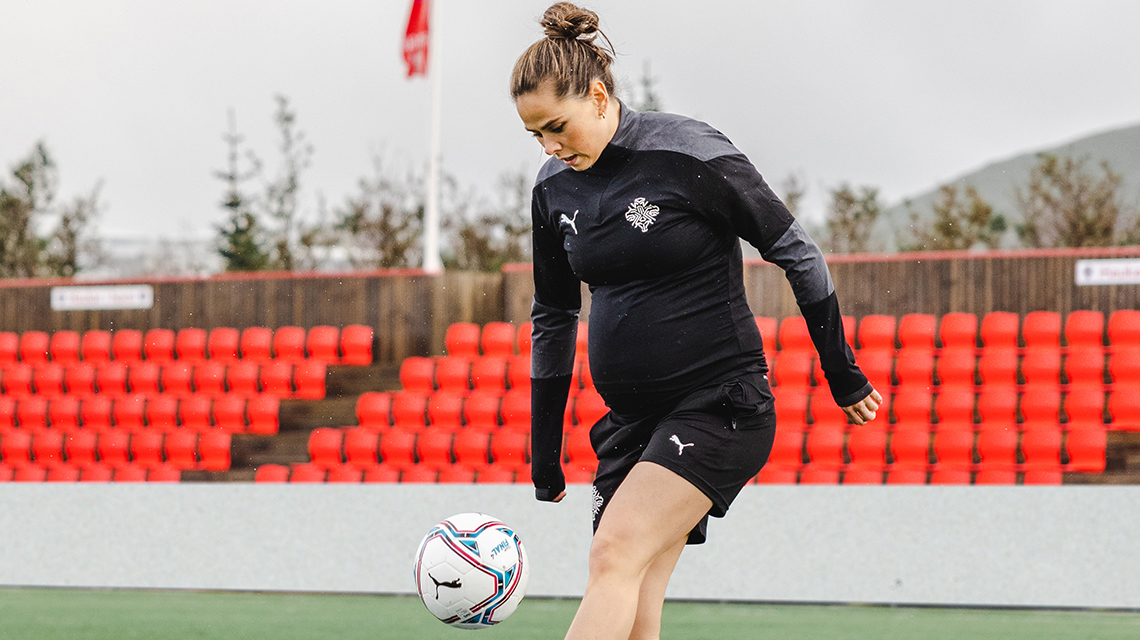 She Moves Us
on the pitch 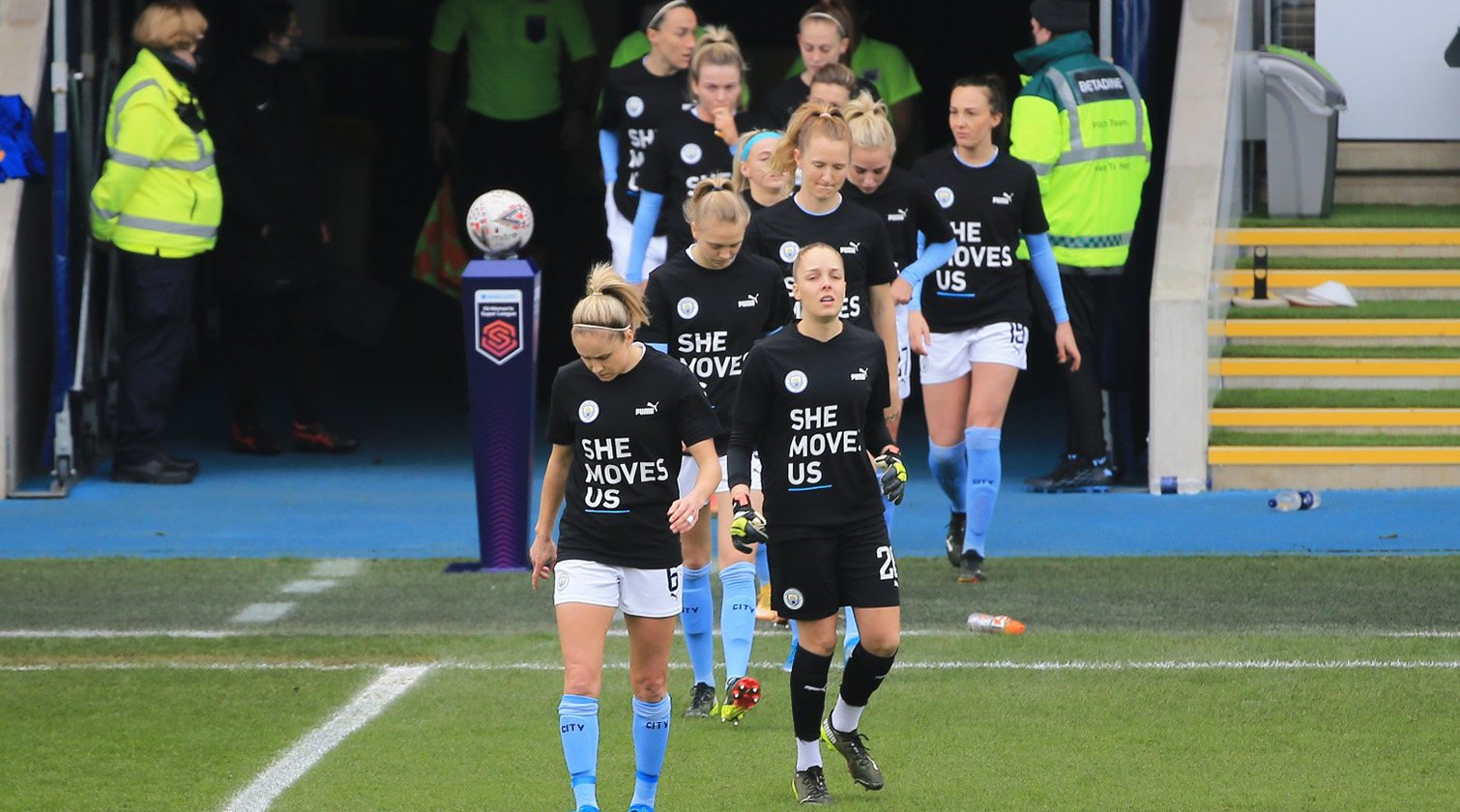 Get the Look: PUMA Slipstream

Revival of an ‘80s Court Classic

She’s Back. Back on the pitch.

BACK TO
ELITE LEVEL
FOOTBALL

She Moves Us
on the pitch