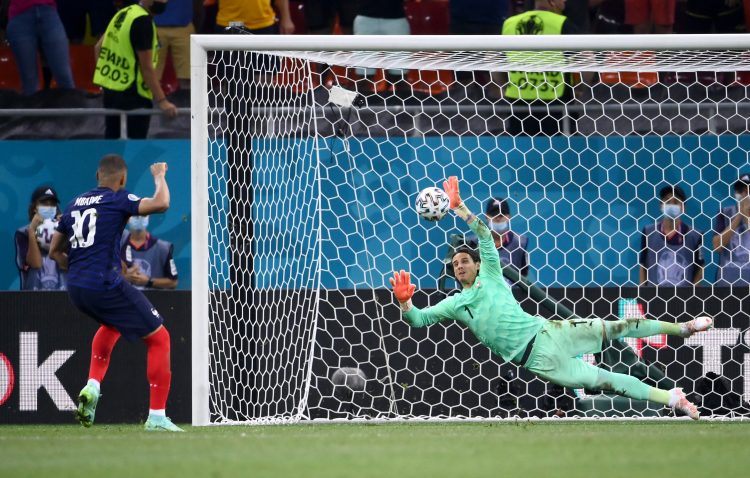 PUMA player Yann Sommer became the hero of the evening when he saved the final penalty of the shootout against France to make Switzerland beat the World Champions and progress to the quarter-finals of Euro 2020.

Drama was in the air last night in Bucharest, after the Swiss had to stage a magnificent comeback after they were already down 3-1. With only seconds to go in regular time, the Swiss equalised and as no goal was scored in extra time, the match was decided in a penalty shoot out. The Swiss converted all of their penalties and it was down to the final French player to score. But PUMA Player Yann Sommer guessed the right corner and punched the ball away from the goal to secure Switzerland’s victory.

Switzerland now face Spain in the next round, while Italy take on Belgium. The Czech Republic will play against Denmark.