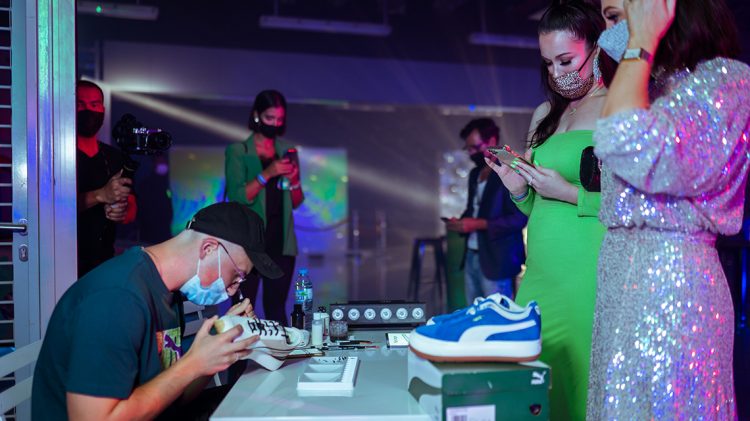 It was an event made for sneakerheads, creatives & collectors and we joined the show! PUMA participated in the first edition of the Collectors´ Week Abu Dhabi. The exhibition featured several unique experiences, pop-ups and 11 retro PUMA sneakers from the PUMA Archive, including rare pieces from PUMA collaborations with Balmain, Jil Sander, Alexander McQueen and Jeff Staple. The Collectors´ Week took place from October 7 – 16 at various locations across Abu Dhabi in the United Arab Emirates. Have a look at our PUMA BEST-OF!

THE SNEAKER LABORATORY BY PUMA

Abu Dhabi Collectors’ Week featured The Sneaker Laboratory, in collaboration with PUMA. Here, we showcased some of our finest retro collectables. In addition, onsite artists provided sneaker enthusiasts with the chance to customise their own sneakers. 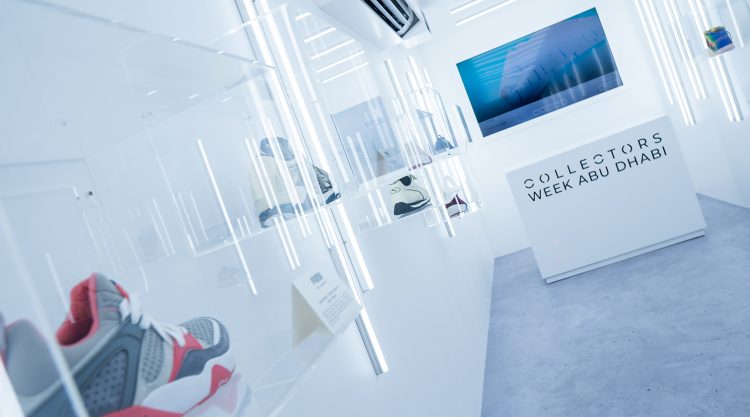 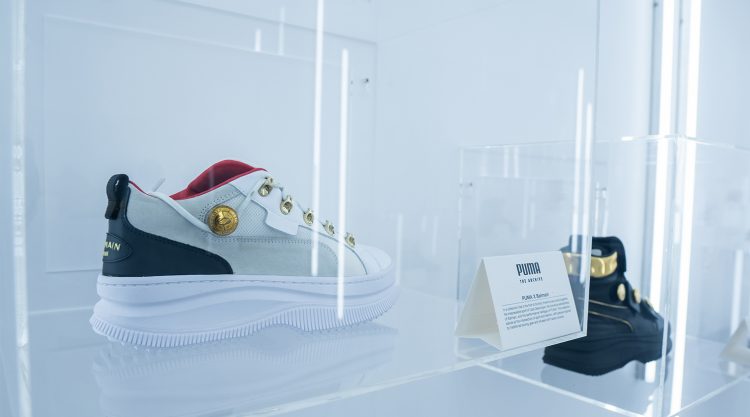 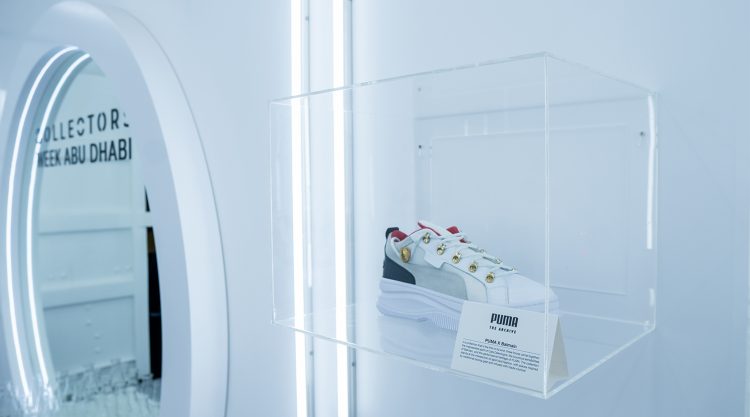 Sneakers have a big emotional value. They are a consistent and affordable piece of clothing that lasts long. Since the birth of PUMA´s Sportstyle footwear segment in 1998 in collaboration with Jil Sander, PUMA had a strong connection to big influencers in the world of fashion. In the Sneaker Lab we exhibited PUMA sneakers in collaboration with high fashion labels like Jil Sander, Alexander McQueen, Balmain and Rihanna’s Fenty but also the streetwear greats of Ronnie Fieg, Staple and atmos, showcasing the versatility of PUMA’s sneaker portfolio while letting the collaborators’ identity shine. Therefore, the collection fitted perfectly to the mindset of the Abu Dhabi Collectors´ Week.

PUMA SNEAKERS AT THE COLLECTORS ´ WEEK:

Marking the beginning of Sportstyle and bridging the gap between Lifestyle and Performance Footwear the collaboration between German designer Jil Sander was truly groundbreaking. That partnership effectively set the bar for designer sportswear thereafter and inspired later PUMA collaborations like the Cell King with Rhude.

PUMA’s and Alexander McQueen’s collaborative efforts started in 2005, creating capsules heavily inspired by human anatomy with an emphasis on making fashionable sportswear. Among them was the Ribcage Sport in 2009. The TPU cage was UV-sensitive, along the upper to have an almost magical technicolor quality.

Ronnie Fieg and PUMA collaborated on a subtly revised take on PUMA’s most recognizable 90s design in the DISC Blaze “Cove”. The DISC System originally launched in 1991, which Fieg describes as “way ahead of its time” due to the unique lace-less closure system. Subtle hints of 3M on the formstripe, Kith’s ‘Just Us’ tagline additionally to the speckles on the midsole complete the cove blue colorway.

Ronnie Fieg and PUMA teamed up to reimagine PUMA’s R698 sneaker in commemoration of the opening of the two brands’ pop-up store opening in Tokyo, Japan. The shoes are inspired by nature in Japan, both shoes featuring Sakura blossom logos on the heel panels and quilted branded insoles.

Rihanna’s collaboration with PUMA created an instant classic, merging the classic PUMA Suede with an extra thick sole inspired by the creeper sneaker silhouette that was popular in the punk era. Born was the PUMA Creeper.

Staple Design and PUMA joined forces for a second time on a “Pigeon” themed edition of the Blaze Of Glory after teaming up in 2013 on a PUMA Suede. The silhouette is easily recognizable by its trademark coloring in grey and pink inspired by the concrete jungle that is New York City.

Rihanna and PUMA continued their collaboration with a Surf inspired capsule including the Dazzling Blue/Green Gecko Cleated Creeper with an iced out, jagged sole, referencing the aquatic theme.

In a collection that’s the first of its kind, three forces come together, the irrepressible spirit of Cara Delevigne, the luxurious sensibilities of Balmain, and the performance heritage of PUMA. The collection stands at the intersection of sport and fashion, with pieces inspired by traditional boxing gear and infused with haute couture.

PUMA, atmos and Three Tides Tattoo got together for a second time, after a Clyde inspired by the traditional ukiyo-e woodblack wave prints from the 17th to 19th centuries, with a Suede based on the concept of Halloween in Japan. Motives from Japanese folklore adorn the vamp while the formstripe is translucent, letting the imagery shine. 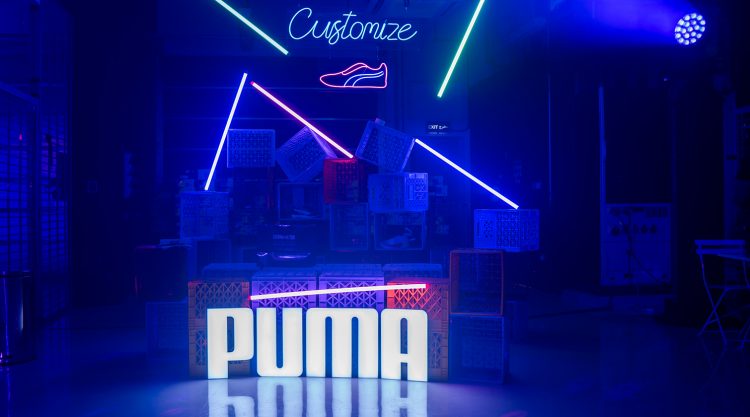 Another highlight of the Abu Dhabi Collectors’ Week was the exclusive Collectors’ Prom. Prom guests walked away with personalized PUMA sneakers and good memories. We spotted for instance fashion influencer & model, Olivia Palermo at the party. 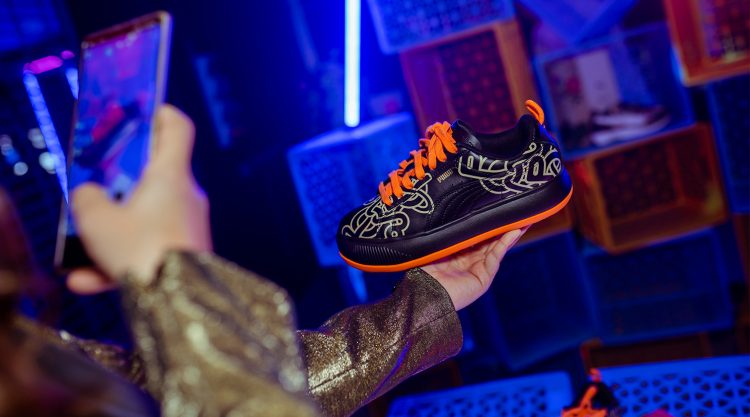 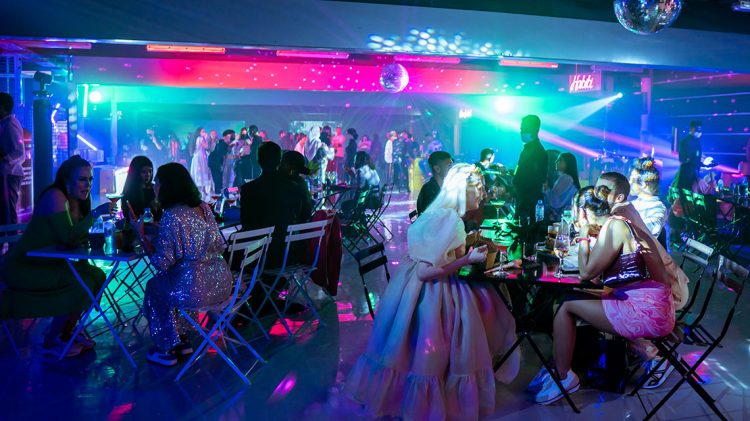 Abu Dhabi Collectors’ Week allowed visitors to explore the stories and emotions behind the art of collecting, and gave the chance to delve into the psychology of why we collect. 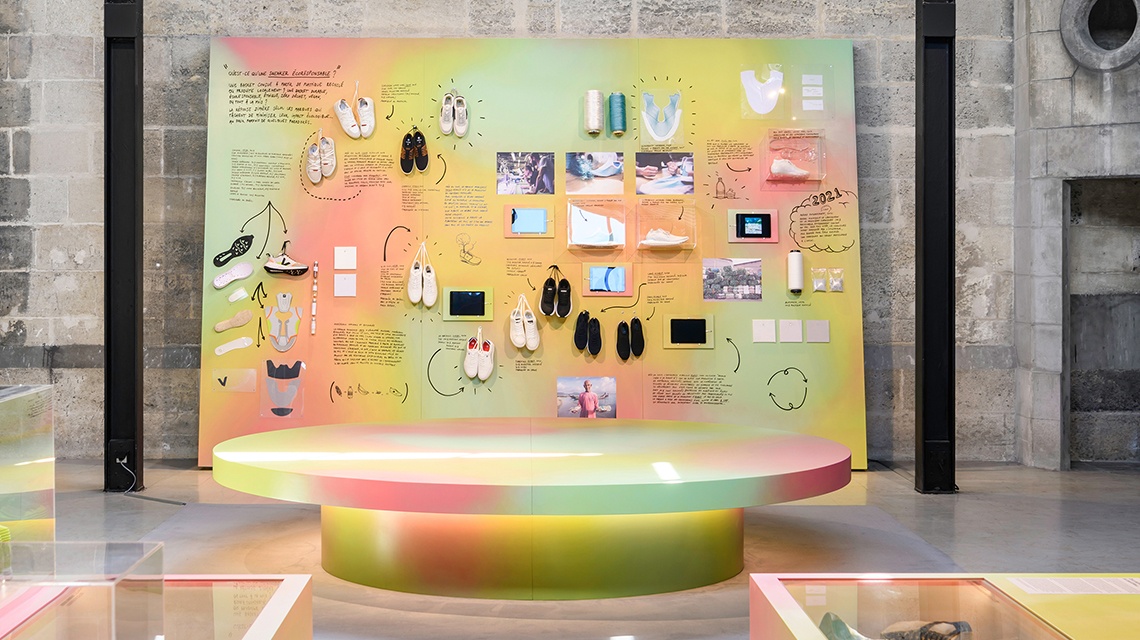 "As a mother, you can
still do your thing" 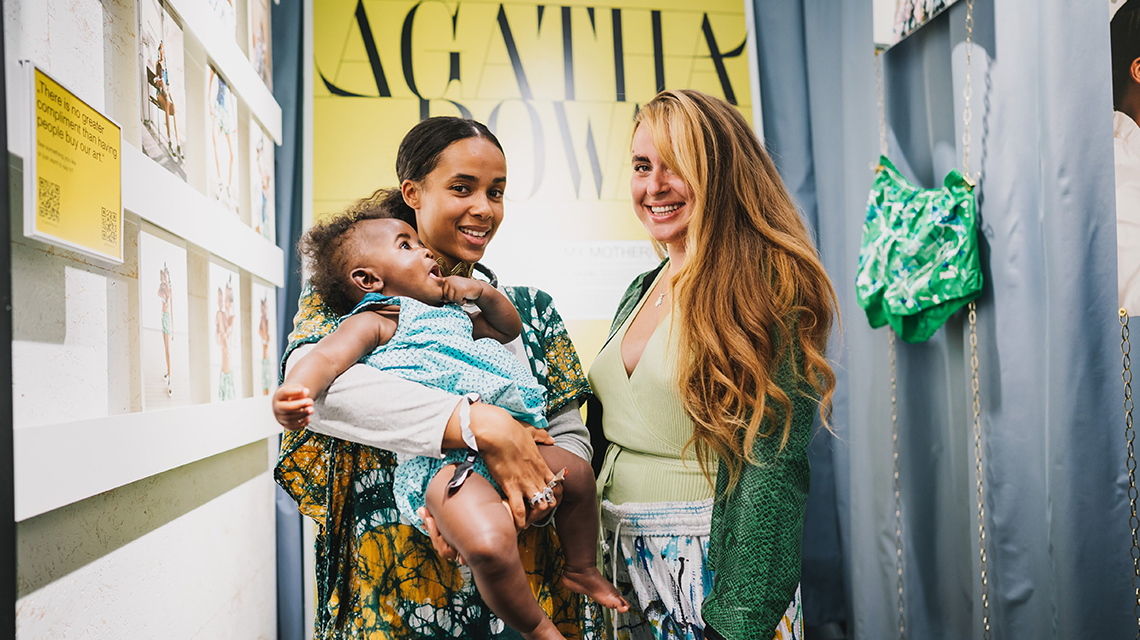 Read more
SHE MOVES US
Abu Dhabi Collectors’ Week allowed visitors to explore the stories and emotions behind the art of collecting, and gave the chance to delve into the psychology of why we collect.

"As a mother, you can
still do your thing"