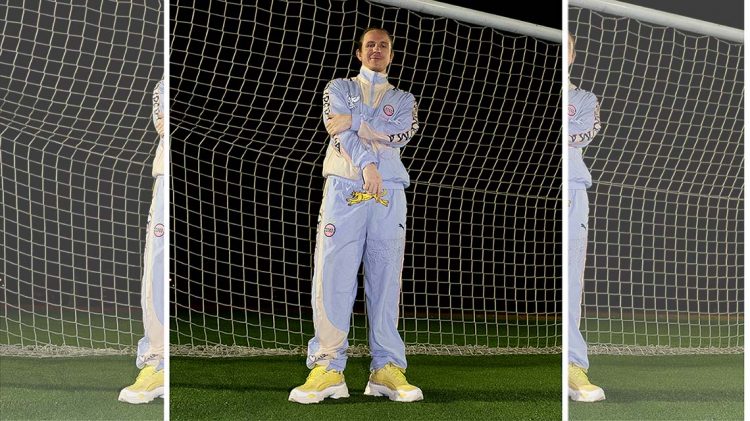 PUMA Select partner KidSuper has won the prestigious Lagerfeld Prize, which is awarded to up and coming talents in the fashion industry.

KidSuper was selected from some 1,700 entries of which a jury picked 20 semifinalists, who were given the chance to show off their designs at the showrooms of the Paris headquarters of luxury fashion group LVMH. At the end of that process, nine finalists remained.

KidSuper Studios is a homegrown artist collective based in Brooklyn, New York. In 2021, KidSuper joined PUMA for a second season and offered its unique perspective on a series of unexpected collection pieces. Bringing KidSuper founder Colm Dillane’s artwork to life, PUMA entered the crazy and colorful world of KidSuper, where classics were transformed into never-before-seen designs.

KidSuper founder Colm Dillane received the award together with two other designers.

“From where I come from, from a streetwear perspective, it was always like: what can we get everyone to work towards, and how do the clothes encapsulate that?,” Colm told reporters after receiving the prize. “For me, they’re colorful, they’re joyful. The clothes are the merch that funds the community. It’s what pays for the KidSuper space which has a recording studio, which people can live in and work out of, and do photoshoots and all that stuff.”

From all of us at PUMA, well done KidSuper!

"We play to help Ukraine!"