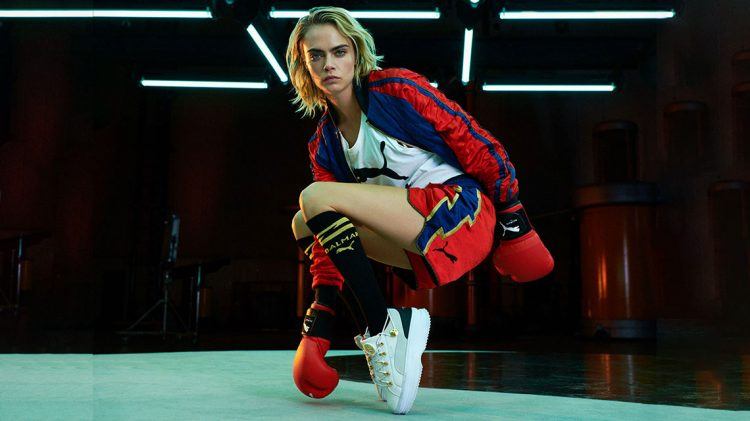 PUMA, BALMAIN and Cara Delevingne team up for first-ever collaboration

PUMA, BALMAIN and Cara Delevingne team up for first-ever collaboration

Cara Delevingne has been one of PUMA’s most prolific brand ambassadors since 2016. Now the English actress and model has joined forces with BALMAIN to create her first-ever collection for PUMA.

The collaboration will take the shape of two limited-edition capsule collections, which will be available worldwide on November 21.

In the boxing-inspired campaign, Cara will star with her friend and BALMAIN’s creative director Olivier Rousteing.

To be able to mix PUMA’s sport heritage with Balmain’s historic couture legacy really took this collection to the next level. We look forward to continuing a partnership with both Cara and Balmain in the future.

That’s what it is all about. The powerful, boxing-inspired, interactive campaign focuses on real-life stories of people who are actually fighting today’s good fights: those bravely taking a stand for what they believe in and those defending everyone’s right to be themselves.

The campaign’s creative direction and video directed by Philippa Price, images shot by Brianna Capozzi highlights a beautifully diverse group of individuals from all parts of the world and a wide range of fields—art, sport, music, dance, academia and literature—each with an inspiring story to share.

The collection brings together the irrepressible spirit of Cara Delevingne, the luxurious sensibilities of BALMAIN, and the performance heritage of PUMA. This new collection stands at the intersection of sport and fashion, with pieces inspired by traditional boxing gear and infused with Parisian couture. Bra tops, boxing shorts, and sneakers are elevated with a stark color palette, hits of gold, and design elements straight out of BALMAIN’s atelier.

One collection of footwear, apparel and accessories, produced by PUMA, will be available at the brand’s own stores and on puma.com, as well as at select independent retailers. BALMAIN will also carry a selection of items from this line in its own boutiques.

Another collection of six items, produced and distributed by BALMAIN, will be shown as part of the Parisian house’s Spring 2020 designs and carried at BALMAIN addresses worldwide, as well as online, at Balmain.com. Select retail partners will also carry items from the collection.

Never miss a CATch up story!

Never miss a CATch up story!