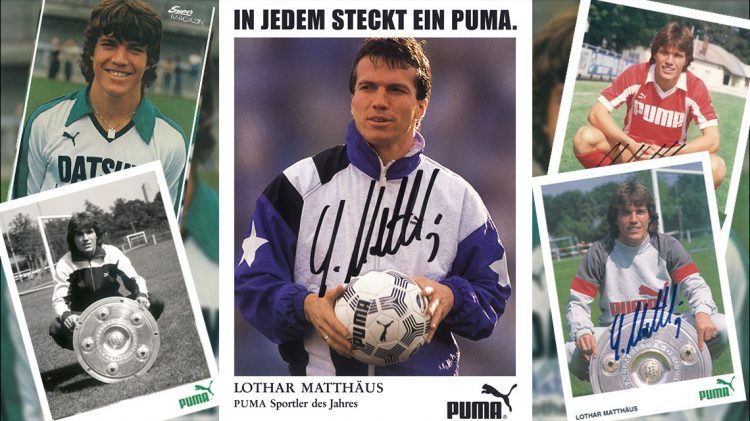 Lothar first signed with PUMA in 1978. He was born and raised in Herzogenaurach and he had his breakthrough into the first professional team squad at Borussia Mönchengladbach in 1979. After that the midfielder became a world famous player,  he won the World Cup, was named European Footballer of the Year and still holds the record for the most games for the German national team. He sure didn’t get there by playing small. Lothar Matthaeus is one of the world’s most talented and exceptional football players. Until today, he is still the only German football player who ever become “FIFA World Player of the Year”. Growing up in Herzogenaurach right next our headquarter, the bond between the PUMA and Lothar is strong.