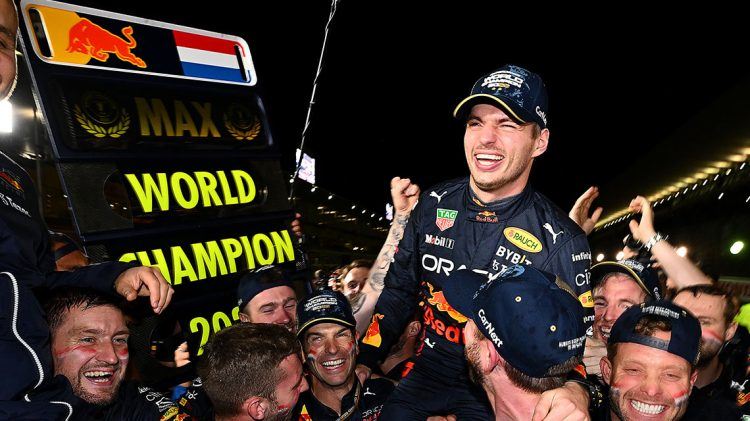 Max Verstappen won the 2022 F1 Drivers’ Title, his second, after a wet and chaotic race in Suzuka, Japan on Sunday. While he won the 2021 Championship in the final seconds of the season, Max wrapped up this year’s title with four races to go after winning his twelfth Grand Prix of the year.

His title win on Sunday was not straight forward, though. The race was delayed and did not go the full length because of heavy rainfall. While Max won comfortably in the challenging conditions, his main rival for the title, Ferrari driver Charles Leclerc, crossed the finish line in second place, which would have postponed the season decider until the next race. Minutes after the finish, race officials decided that Leclerc had cut the final chicane, gaining an unfair advantage for which he was handed a five second penalty, putting him in third place behind Max’s teammate Sergio Perez.

After Max had already completed his post-race interview, the host of the press conference, Johnny Herbert, called over Max again and gave him the good news: “Max, you are World Champion!”.

In the long history of F1, there were only 16 drivers who have won the Drivers’ Title more than once. Max is now the 17th driver of this elite group. Michael Schumacher and Lewis Hamilton share the record with seven titles each. After last year’s title win, Max received golden PUMA race boots. We’re sure, they helped him become even faster 😉 😉

From all of us at PUMA, Congratulations Max! 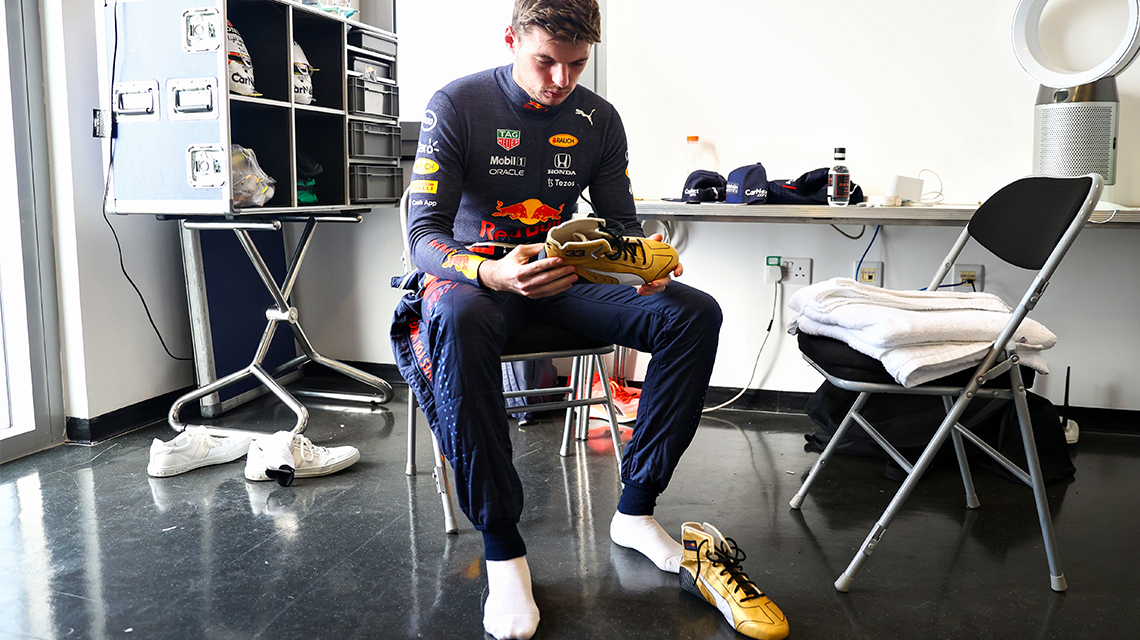