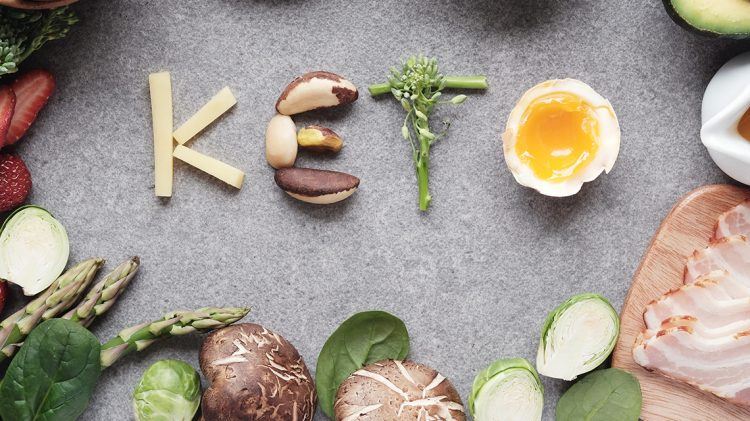 In Focus:
The Ketogenic Diet

The lowdown on the high-fat program

The lowdown on the high-fat program

The ketogenic diet is one of the most popular diets in the world for losing weight and managing health issues. ‘Keto’ devotees claim that if you banish carbs and consume lots of fat, your body will start to effectively burn fat for fuel, helping you to lose weight (among many other health benefits).
Nutritionally related to the Atkins diet, it is characterized by a low-carb/high-fat regime designed to shift the body’s metabolism into a state of ketosis. But how exactly does it work and why is it so popular?

In theory, the ketogenic diet is quite simple: the main idea is to get more calories from fat and protein and less from carbohydrates, with a goal of inducing ketosis in the body.

Typically, our bodies are fuelled primarily from glucose, which we get from the carbohydrates we consume. However, when you eliminate carbs and eat mainly fat and protein, your body starts to run on these fuel sources, going into a metabolic state known as ketosis. In this state the body works to oxidize ketones in the liver from fatty acids in the bloodstream; these ketones then become the main energy source for the body and brain.

The ketogenic diet was first introduced in the 1920’s to treat epilepsy in people that did not respond to drugs, with some remarkable results. Today the diet has been praised for helping mediate a variety of conditions including type-2 diabetes, obesity, liver problems, neurodegenerative disorders such as Alzheimer’s disease and of course, promoting rapid weight loss.

Insulin resistance is the cause of many problems in the body, such as diabetes, some brain disorders and fatty liver disease. Insulin allows glucose to be absorbed into the cells; if you have resistance to this hormone then your cells do not respond to it normally. Eventually they become damaged and weak because they aren’t receiving the necessary nutrition. Cutting down on carbs reduces insulin in the bloodstream, giving your cells a chance to recover and become sensitive to insulin again.

To ‘get into ketosis’ you must consume less than 20-30grams of carbs per day. When you eat so few carbs, the body quickly runs out of this type of fuel and begins to break down fat stores for energy.

If you want to give keto a go this means eating lots of fish, cheese, eggs, butter, oils, and leafy greens. Other foods that are allowed include high-fat meats, nuts, high-fat dairy and low-carb vegetables.

It also means saying goodbye to pasta, rice, bread, cereal, chips, and most baked goods. Other foods to be avoided include root vegetables, legumes, most fruits, and vegetables high in starch such as potatoes.

Breakdown of calorie source on a standard keto diet:

Word to the wise: everybody’s body is unique. Some may see incredible results by sticking to eating plans that are low-carb/high-fat such as the ketogenic diet, whereas others may react totally differently. There is no such thing as a universal diet truth, so make sure you consult a professional and do some research before experimenting with different nutritional programs.  In the end, the most effective dietary plan is one that is sustainable for you.

The best sources for
plant-based protein 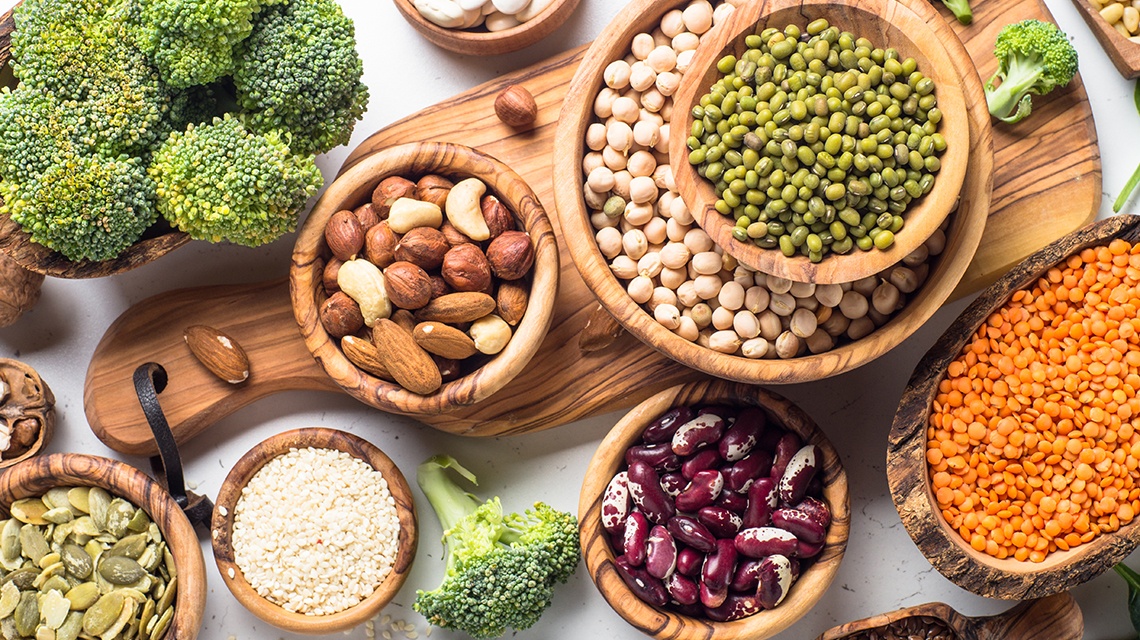 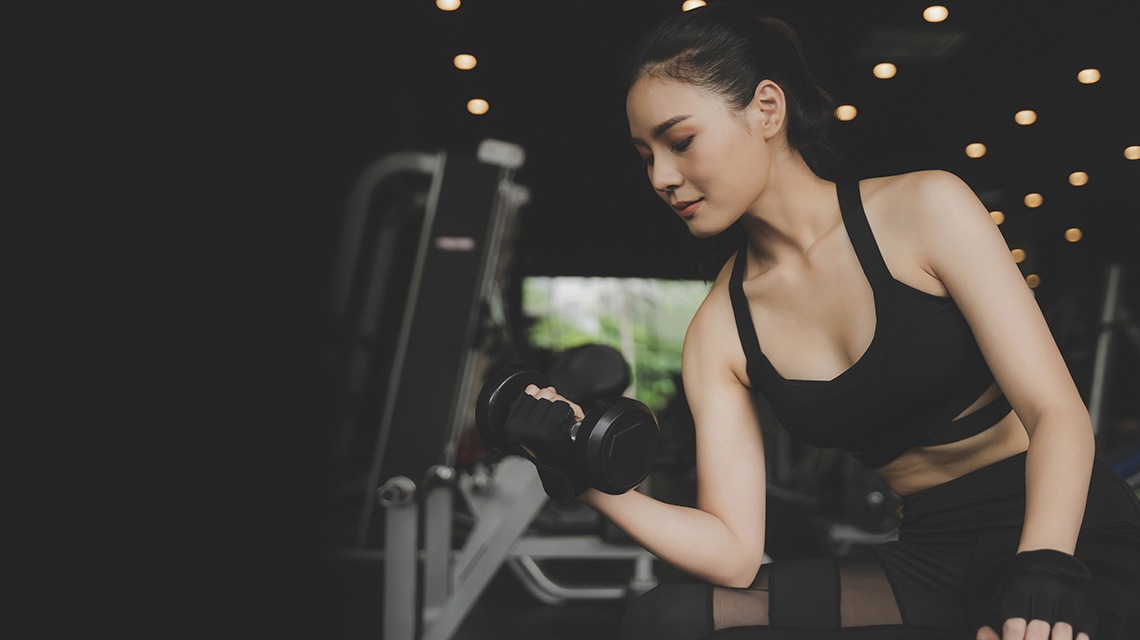 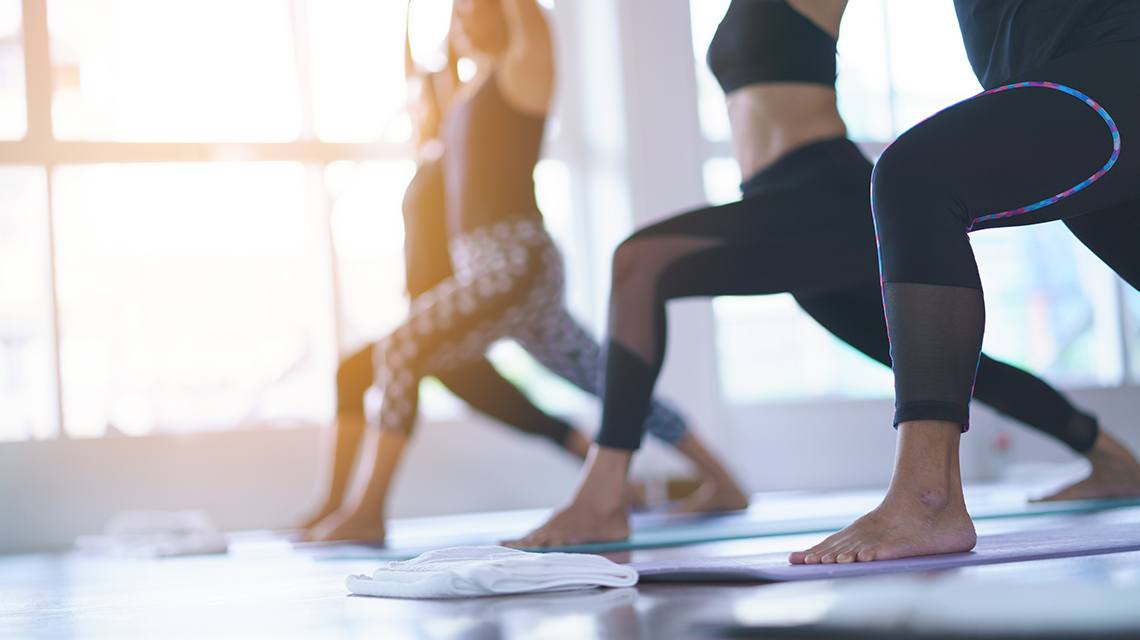 The best sources for
plant-based protein