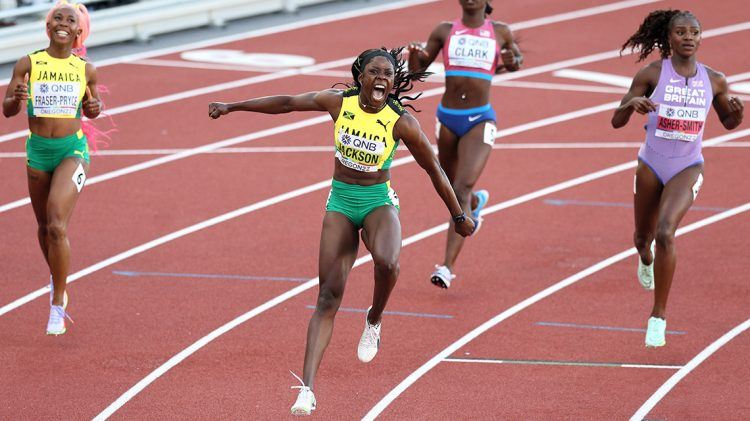 PUMA Athlete Shericka Jackson won the gold in the women’s 200m event at the World Athletics Championships in Eugene, setting the second-fastest time in history.

Crossing the finish line in 21.45 seconds, Shericka shattered the Championship Record and Jamaican National Record and came within 0.11 seconds of the World Record, which has stood for 34 years and had been considered by many to be unbeatable.

After 100 meters, Shericka was neck and neck with her Jamaican compatriot Shelly-Ann Fraser-Pryce and then pulled away after the bend, crossing the finish line well ahead of the rest.

“I was not thinking about any time or any records. I know Shelly is probably one of the best curve runners in the world so I knew she was going to go hard,” Shericka told reporters after the event. “I knew that if I wanted to get gold, I had to run the curve as hard as possible. The fastest woman alive, the national and championships record, I cannot complain” she added.

For Shericka, the gold in the 200m events comes on top of a silver medal she won earlier in the 100m, a great performance at the World Championships.

From all of us at PUMA, Congratulations Shericka on this amazing result! 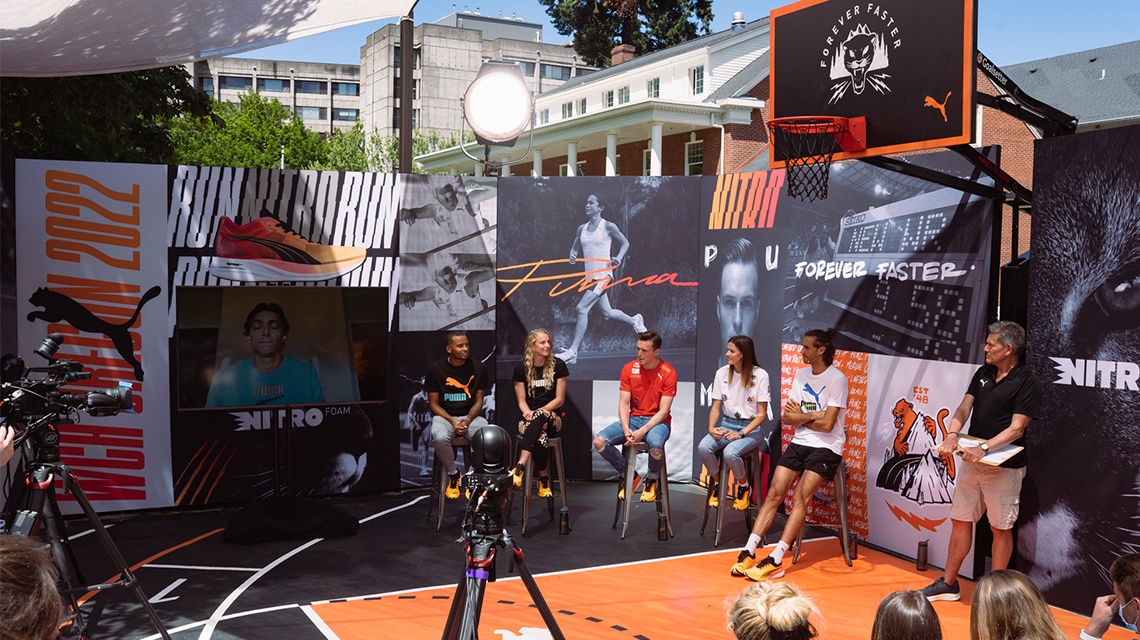