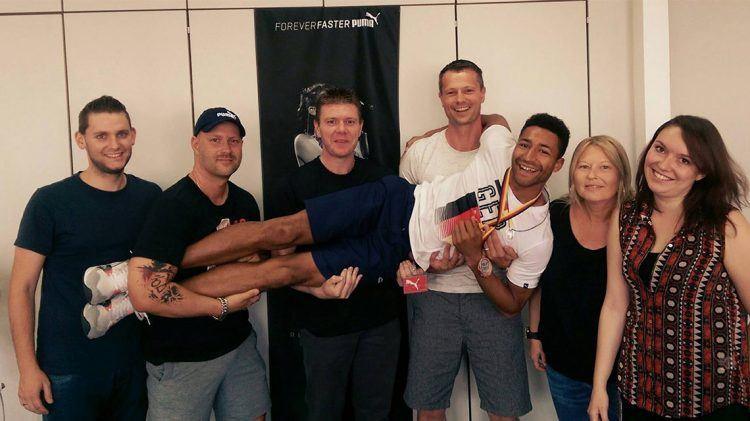 From Pitch
To Track

PUMA colleague runs ahead after discovering passion for athletics

PUMA colleague runs ahead after discovering passion for athletics

Think it’s too late to change to a different sport and be good at it once you’ve reached your twenties? Not so for Patrick Schneider, who switched from his previous favourite discipline football to running only a couple of years ago.

Patrick, who works as Junior Manager Purchasing at PUMA DACH – our unit responsible for Germany, Austria and Switzerland – took up track & field only in March 2014 and is now a passionate 400m runner. Currently set to become southern Germany’s “next Usain Bolt” according to his colleagues, the 23-year-old has taken several podium spaces across Bavaria and top ten positions in competitions across Germany in the 400m and 4x400m relay.

Most recently, he has made it into the German Top 3 and set the new record for Mittelfranken, the area where he is based, with 46.22sec in the 400m. That result is not far off from the European norm at 46 sec and brings Patrick one step closer to his mid- to long-term goal of competing in the European Athletics Championships. At the German Championships in Kassel in June, he showed he is consistent – again coming in third in the 400m run and getting to where he’d wanted to get in the competition: “I’d like to make at least eighth place, anything above that would just be the cherry on the icing!“ 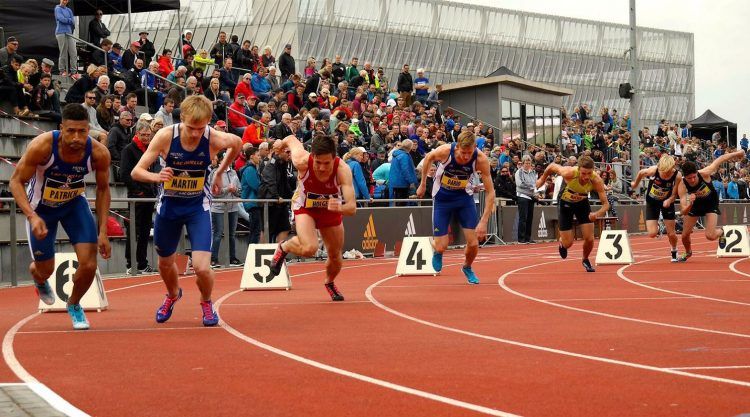 Patrick, left, getting off to a fast start in his PUMA Disc Spikes 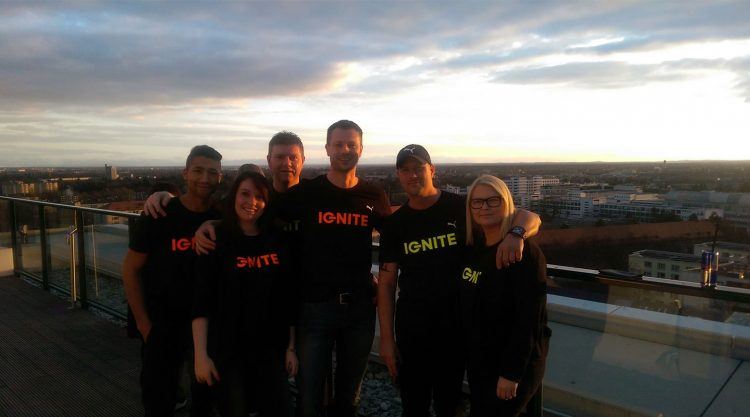 Patrick with his colleagues from the Planning & Purchasing department, who he says are like friends support him fully 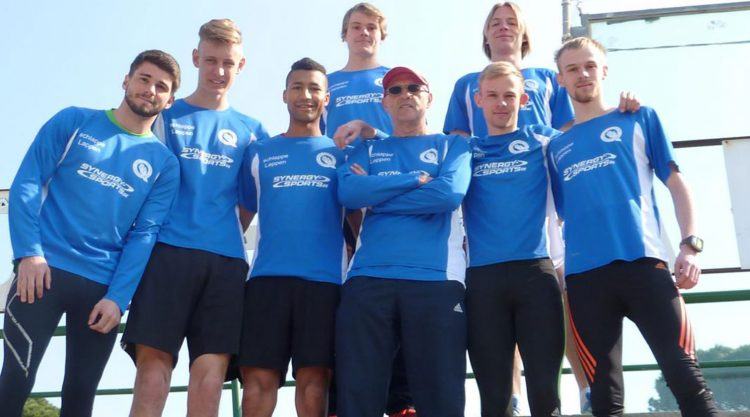 Patrick and his team mates of "Schlappe Lappen"

His future plans? To do well in Germany. “I might be third in the country, but I’m not putting any pressure on myself and try to stay calm,” he said before Kassel. “I’m not thinking about the possibility of participating in Amsterdam at the European Athletics Championships or the Olympic Games in Rio with the relay team yet.”

Looking at this track record, it’s hard to believe that only recently his biggest goal was to perform well as part of his old football team in the eighth division of the German football league (Kreisliga). But then two years ago, he decided to “try what track & field feels like” and got hooked on the 400m. Patrick now runs with the club LAC Quelle Fürth near our offices in Germany. “We’re a very strong training group, called Schlappe Lappen (“Limp Rags”) and are like a little family.”

We’re fully behind Patrick and will be watching out for the next achievements! Who knows? Maybe we will see him at the Olympics sometime soon…

I think there are few people who can work full-time and train professionally at the same time. PUMA is a great employer. From the flexible working hours, to the fitness studio in the office, to the colleagues from my department Planning & Purchasing that are like friends and always show support and understanding. That’s not something that goes without saying.”