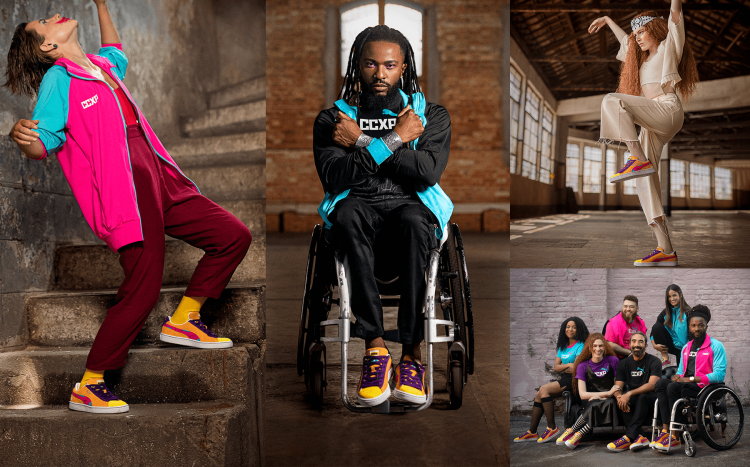 PUMA takes on Brazilian Comic Con Experience 2022 (CCXP)! In a celebration of pop culture, PUMA attended this year’s CCXP for an exclusive product launch. As the world’s largest Comic Con, the event attracts major names from the entertainment industry and people from all around the world.

The PUMA collection was made in partnership with the Comic Con event itself and included limited editions of Suede, Mayze, T-shirts and T7 jackets. All items were sold exclusively during the event, which ran from November 30th to December 4th, and was a huge success!

An iconic event such as CCXP requires an epic campaign, and that is what it got! PUMA and CCXP created #VistaOÉpico, translated to wear the epic, that focusses on reinterpretations of iconic pop culture. Inspired by popular movies and tv series, the stand-out campaign was created with help from major names in Brazilian pop culture. Can you guess what movie scenes these pictures are inspired by?

Known as the country’s most epic event of the year, CCXP22 welcomed major personalities from the entertainment industry. Actors such as Keanu Reaves, Jenna Ortega and Pedro Pascal were at the event, as well as many other international names. This star-studded presence and PUMA seeding with local influencers boomed our brand exposure! 💥

We even welcomed our PUMA brand ambassador Bruna Marquezine to the event to help sell our products. As the star of the upcoming DC movie Blue Beetle, Bruna made PUMA’s attendance even more special. She interacted with the fans and also gave a talk on partnerships. Bruna made a surprise appearance at the PUMA corner store and helped sell the first few items from the collection. It was an event you did not want to miss!

"The PUMA and CCXP partnership is fully aligned with our strategy of expanding the Sportstyle category, seeking to connect our legacy of authenticity and innovation, through our iconic products, with the geek audience, especially Generation Z. PUMA has a legitimate connection with pop culture, the partnership with CCXP contributed in establishing and further expanding this connection."