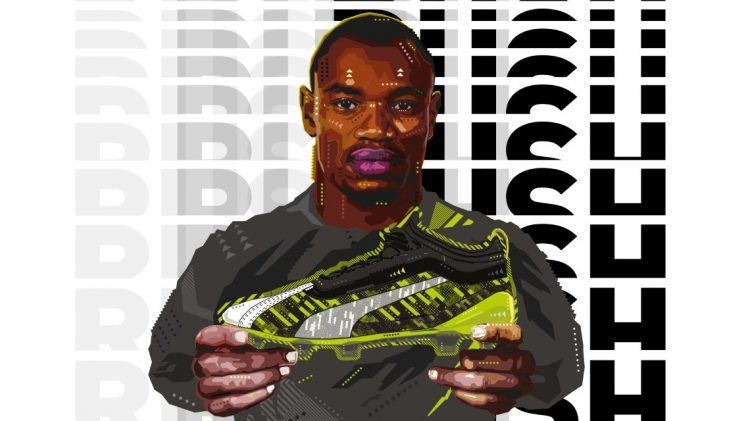 It was an intense match in the first half, in which neither team was able to really break through and all points were scored from the penalty spot. That was until PUMA players Makazole Mapimpi and Lukhanyo Am outsmarted England’s defence with only 14 minutes to go. Mapimpi superbly kicked the ball on to Am, who calmly passed back to Mapimpi so he could score a try.

In spite of winning the World Cup twice before, South Africa had previously never scored a try in the final, making Mapimpi’s score even more memorable.

For Mapimpi, who like Am wore the PUMA ONE 5.1 during the event, it has been an outstanding tournament, in which he became South Africa’s best try scorer with six tries.

“It was an unbelievable moment for me,” Mapimpi told reporters after the match “I saw that Lukhanyo Am was on my inside. I chipped the ball and he got the ball back. I saw that there was no one in front of me. I chased up and he gave me the ball to score.”

In total, South Africa had 10 PUMA players in its team, including Mapimpi, Am and Duane Vermeulen, who wore the FUTURE 4.1 NETFIT Mx SG Yellow Alert – PUMA Black, and received the final’s official Player of the Match award.

In case you inexplicably missed the final, you can watch Mapimpi’s spectacular try here.

There's an app for that!

WE’RE IN THIS TOGETHER WITH OUR SUPPLIERS

Structure your day in a meaningful way

Vote for Neymar, Marozsán, or Kumagai

There's an app for that!