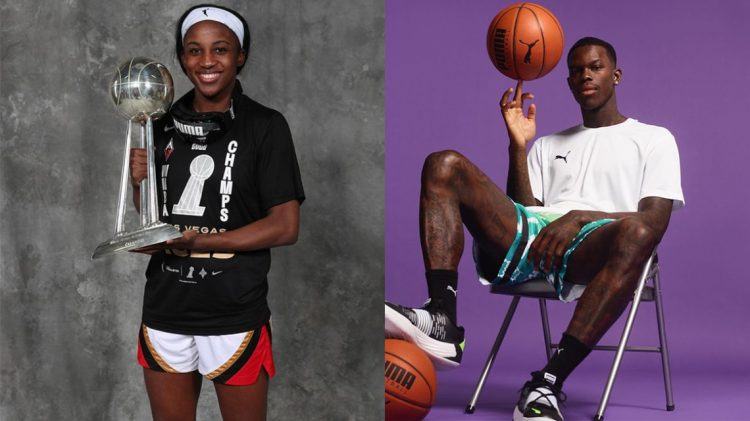 It has been an amazing and successful weekend for the PUMA Hoops family. Our athlete Jacky Young became WNBA Champion with her team, the Las Vegas Aces. Jacky was already awarded the Most Improved Player by the WNBA for her 2021-2022 season and was part of the 2022 WNBA All-Star team in July. And the good news continues. Our new PUMA athlete Dennis Schroeder leaves EuroBasket championship 2022 as one of the biggest winners of the tournament after a fantastic performance and leadership, taking third place and the bronze medal together with the German national team.

Congratulations from the entire PUMA fam! 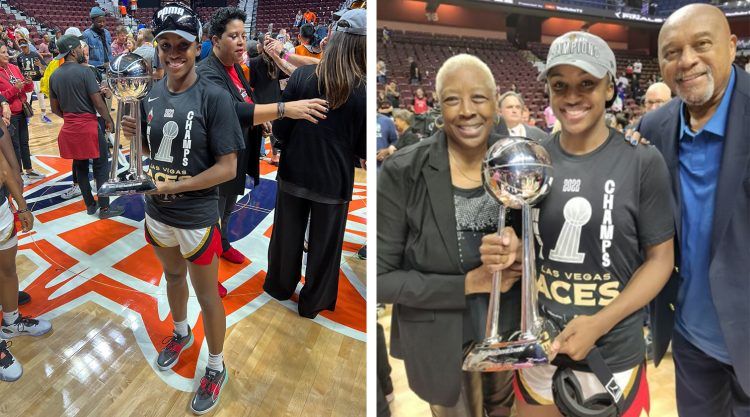 Jacky Young is WNBA Champion! Wow! For her team, the Las Vegas Aces, it is the first WNBA title in a 78-71 road win over the Connecticut Sun in Game four that took place last Sunday. Jacky showed a brilliant performance and made a big contribution to the victory. She was also awarded the Most Improved Player by the WNBA for her 2021-2022 season and was part of the 2022 WNBA All-Star team in July. What a year for Jacky!

It was also fantastic to see the legend Tommie Smith at the WNBA Finals to celebrate the victory with Jackie. They have a lot in common – both are Olympians, PUMA icons and CHAMPIONS!

The 2020 Olympic Gold Medalist is currently part of the Playmaker Pro Campaign for PUMA Hoops alongside Marcus Smart and Chris Boucher. 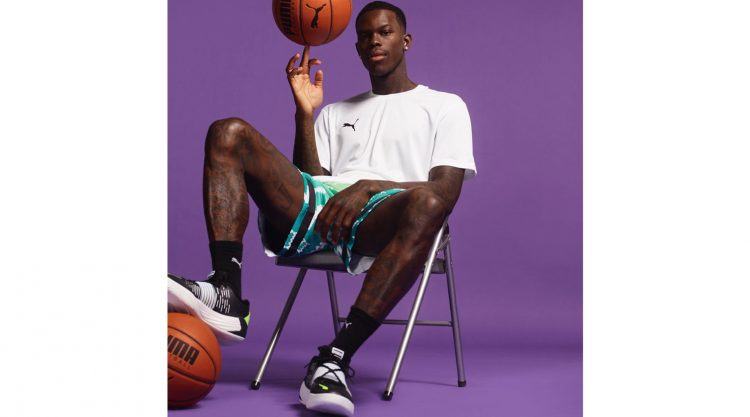 The whole Mercedes-Benz arena in Berlin was chanting his name. Our PUMA Hoops athlete Dennis Schroeder brought his national team, Germany, to the podium after 17 years.

“We’ve worked for this the last 8-9 years since I joined the national team. To finally get something like this… Of course, you want to go for the gold, but at the end of the day, the main aim was the medal.”, Dennis said after the third-place game victory over Poland 82-69.

Dennis set the tone for the rest of the group both on the floor and in the locker room. He helped his coaches to lead the young team, stepped up at challenging moments and really showed leadership skills. Dennis also made a run for the EuroBasket MVP award (22.1 PPG, 7.1 APG). Furthermore it has been announced that he signed a one-year deal with the Lakers.

“I’ve been talking to the Lakers for the last three months. I knew I was going back, but I wanted to take my time.”, Dennis explained.