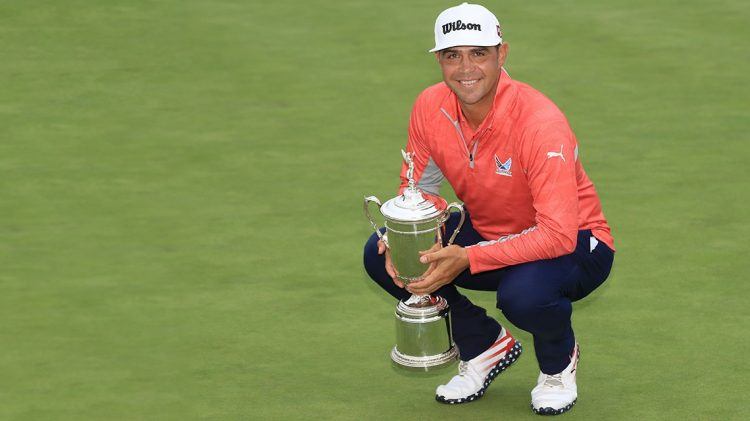 GARY WOODLAND
PUTTS HIMSELF
TO VICTORY

PUMA Golfer Gary Woodland is a Major Champion: at one of the year’s biggest golf tournaments, the 119th U.S. Open at Pebble Beach, California, he captured the first Major Championship win of his career!

The 35-year-old American PGA tour professional held off a roaster of impressive players such as Justin Rose, current world number 4 and runner-up Brooks Koepka, the two-time defending champion. Closing in an exciting finish with a two-under-par 69, Gary Woodland won with a total of 271 strokes (13 under par), beating his closest rival by three strokes.

I played agressively and it paid off. Didn't ever let myself think the tournament was over!

The U.S. Open is one of four major golf championships of 2019. The Masters Tournament was the first, followed by the the PGA (Professional Golf Association) Championship, the U.S. Open and the British Open taking place in July.

Our Major Champion’s shoes kept the Social Media world abuzz, as he scored his first major championship win: PUMA’s Golf Footwear Team created a custom pair of our IGNITE PWRADAPT Leather Golf Shoes in a red, white and blue colorway featuring the Stars & Stripes of the United States flag, which Gary wore throughout the week.

Gary Woodland deserves this W just for these shoes. ?? pic.twitter.com/TmILweeowQ

PUMA Golf and Gary Woodland announced their multi-year partnership at the beginning of 2019 when the celebrated PGA Tour professional wore pieces from the PUMA Golf’s Volition America Collection, a patriotic ensemble of products to honor those who made sacrifices for the country. Volition America also supports their families through the Folds of Honor Foundation.

What is a par?

Gary Woodland at the U.S Open

What is a par?

Gary Woodland at the U.S Open