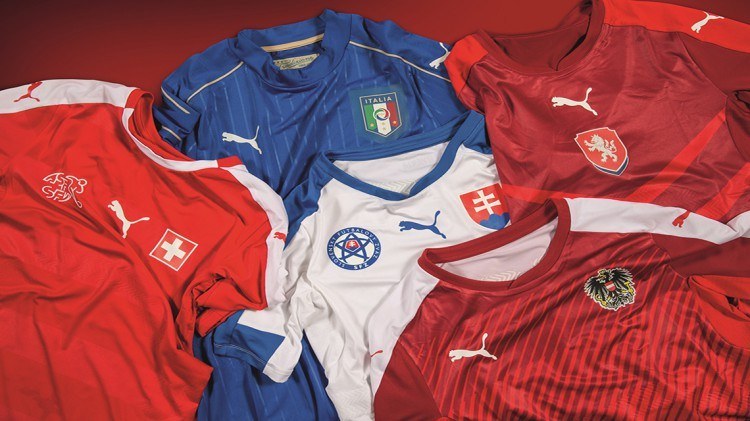 How to avoid a fan shitstorm when designing national football kits

How to avoid a fan shitstorm when designing national football kits

If a sports brand fails to acknowledge a country’s tradition in a national football kits design, hell will break lose. Our Creative Director Torsten Hochstetter explains where tradition has been paid tribute in the national kits of our five teams for the Euro and what else matters, when it comes to creating a national football jersey …

“Can’t think of a worse England strip,” former England captian Gary Lineker tweeted when England debuted their away kit in a friendly against world champion Germany in March in Berlin , harshly criticising Nike’s creation of a red and blue outfit, that was believed to lack the traditional English colours.  The Daily Mirror called it a “replica nightmare” and judged that the new home kit was even worse than the away version.

A national football jersey is dear to the heart of fans and if tradition is neglected, the sponsor will not get away without being bashed. “We have to take football culture into account for our designs to create the perfect response to the fan’s desires,” says Torsten Hochstetter, responsible for the creative direction of PUMA products. The jerseys of Italy, Switzerland, Austria, Czech Republic and Slovakia, who have qualified for the EURO 2016 in France this summer, do not lack individuality and reflect their countrie’s heritages. “Regarding the Italian jersey, for example, we emphasized a certain tailor made look,” says Torsten. “We used the needle drop fabric, which eventually resulted in the pin stripe effect.” In the case of the Swiss away jersey, the swiss cross played an important role, while the Austrian jersey features the “Immer wieder Österreich” (Austria again and again) label on the back neck. “Taglines, symbols and mentalities of the fans and teams appear as important details in the design of the jerseys”, Torsten describes the ideas behind the graphical arrangements. 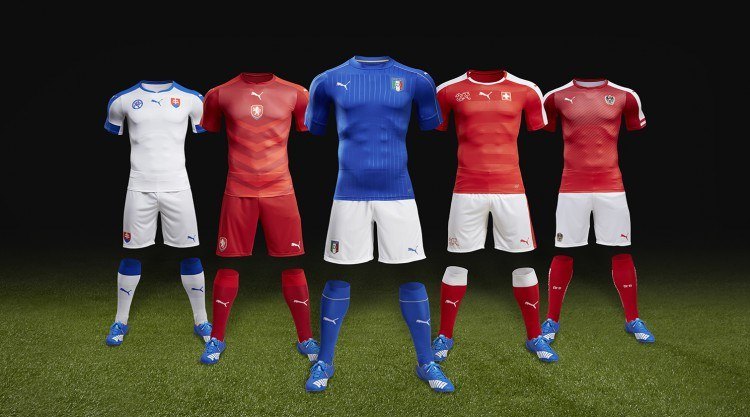 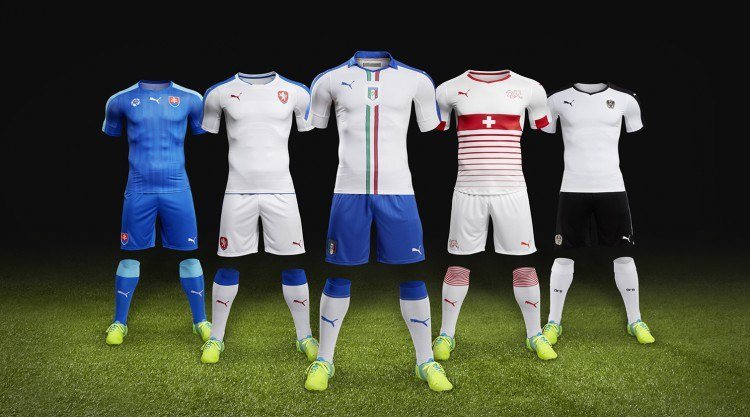 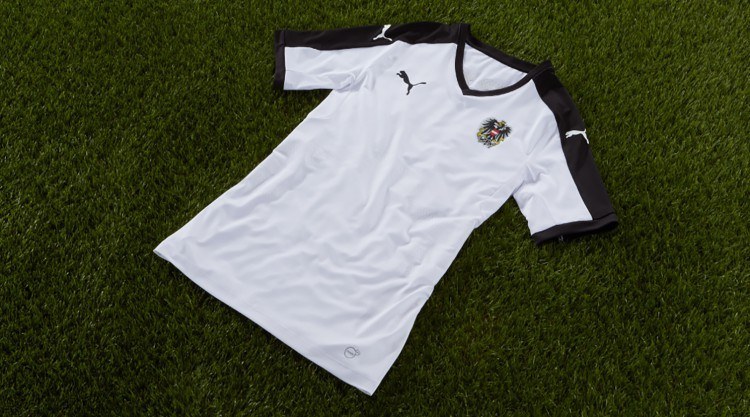 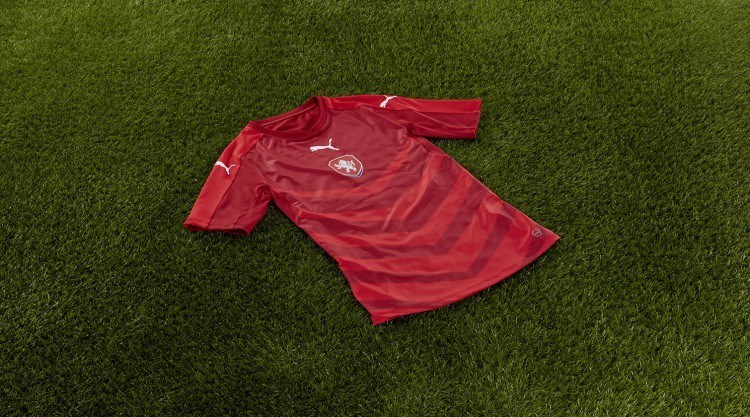 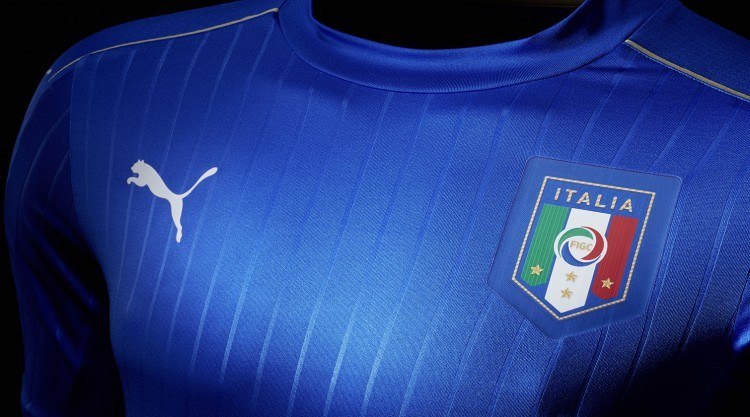 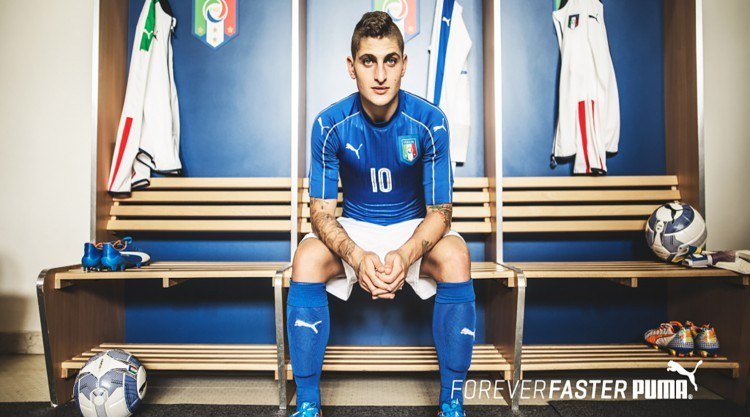 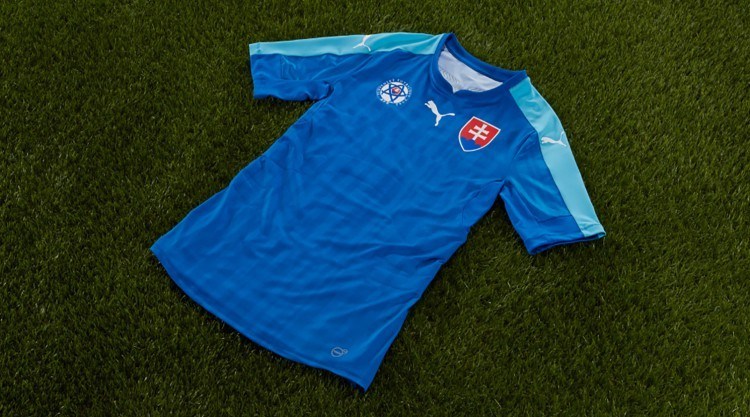 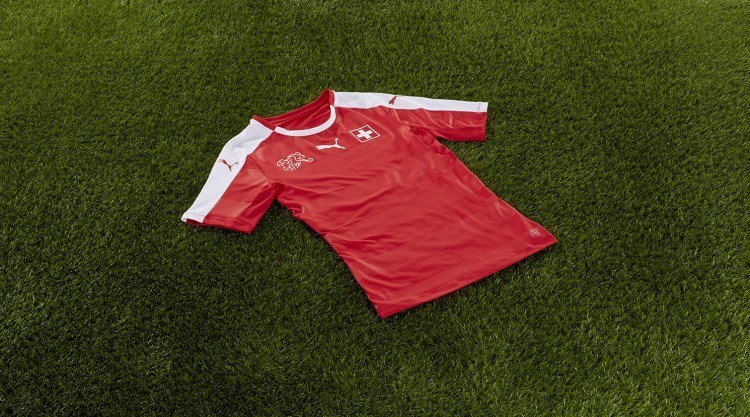 However, with 1.6 billion football fans worldwide according to statistics portal “statista”, it is needless to say that there are uncounted different interests behind the stakeholders. Most important are the players’ demands for high-performance materials – a request that PUMA’s Active Technology perfectly delivers. It is inserted in both the front and the back of the shirts of all five teams and helps players to maintain an optimum body temperature. Furthermore, a unique phase-change material is injected into the shirt’s inner athletic tape which allows microcapsules to absorb excess heat and release it back to the body when needed. The taping in the shirt provides an extra snug fit, micro-massaging the skin in specific areas to provide a faster, more effective energy supply to the active muscles.

Not long before the kick off at the EURO 2016, Torsten is convinced that he and his creative team accomplished the difficult task of fulfilling the different expectations. “Our idea was to combine the DNA of football with our innovations, creating an edge out of this connection. These products really appeal to the modern football player and provide exactly, what is needed as a professional nowadays”, the designer explains the balancing act between an efficient use of technology and classic football designs. “I’ve put great effort into proving that we have a great understanding of football tradition while doing justice to the history of the respective teams. The products only make sense for PUMA, if they succeed in combining these matters.“

The English press could not agree more: “Like the flag, what English footballers wear to play belongs to us all and how it looks DOES matter — this lousy new strip is graffiti sprayed in the face of tradition,” says the Mirror.

The Italy Home Shirt arrives in the Changing Room

PUMA's show at the NYFW presented an immersive runway show that brought together past, present and...

The Italy Home Shirt arrives in the Changing Room