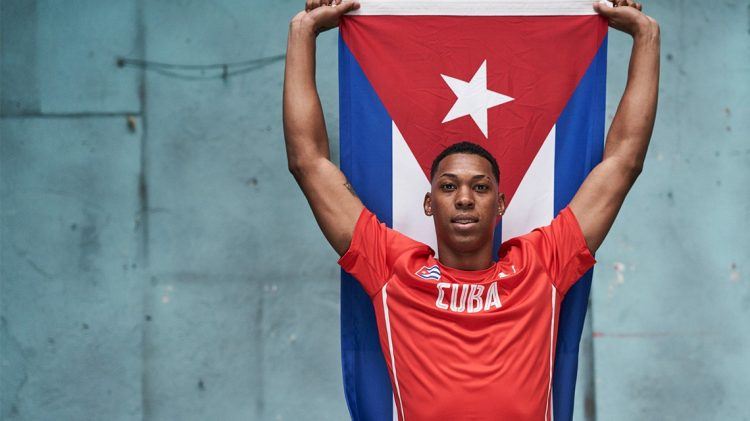 The Track and Field Outdoor Season is in full swing and so are our PUMA athletes!

At the Diamond League Meeting in Rabat, Morocco, our athletes showed their opponents what it means to be Forever Faster, securing three first places and one second.

“PUMA is going to get me run faster.” That’s what Canadian Sprinter and Triple Olympic Medalist Andre De Grasse said when he visited the Headquarters last November.

Now he has proven that this is true: In Rabat, Andre did not only win his first Diamond League Meeting race since his hamstring injury back in 2017. While setting a new Season Best time of 20.19 seconds, he also beat a strong field including Ramil Guliyev, the reigning 200m World Champion.

Having the IAAF World Athletics Championships in Doha this fall in mind, Andre already set himself new goals: “I want to achieve sub-20 seconds,” he said after the race according to nbcsports.com

Cuban Long Jumper Juan Miguel Echevarria once again showed that he is the one who sets the benchmark. The World Indoor Champion won the competition in Rabat with his Season Best of 8.34m.

At the IAAF Diamond League Meeting in Stockholm last year, there was almost no sandpit left for the 20-year-old. Earlier this season, he jumped 8.92m, coming close to the world record of 8.95m set by Mike Powell in 1991. It was the longest mark under any condition in almost 24 years.

Discus Thrower Fedrick Dacres from Jamaica rounded off a perfect Diamond League Meeting. The 2018 Commonwealth Champion set a new World Leading Mark, a new Diamond League Record and a new National Record with a third round throw of 70.87m!

Fedrick’s throw was ruled a foul at first, but he insisted that it wasn’t. The video review proved him right.

High Jumper Naoto Tobe, one of the latest additions to the PUMA family, equaled his Season Best Height of 2.28m and finished second in Rabat. He won bronze at the Asian Athletic Championships in Doha in April.