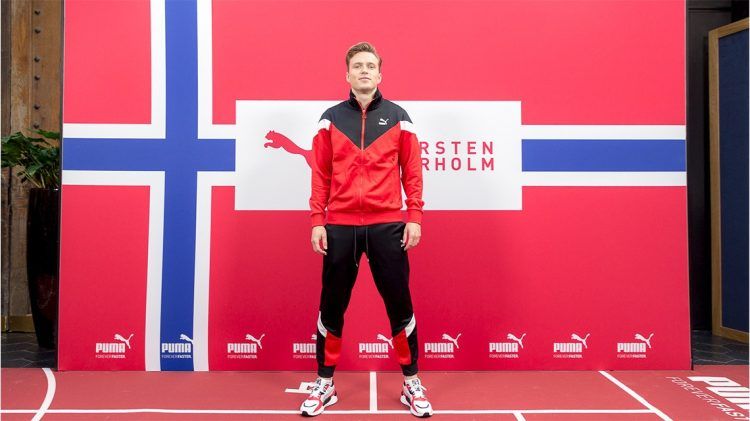 PUMA athlete Karsten Warholm has set a new 400m hurdles World Record in front of a home crowd at the Diamond League Meeting in Oslo on Thursday.  By running the 400m hurdles in 46.70 seconds, Karsten broke the world’s fastest time, which has stood for 29 years.

To put that into perspective, when the World Record of 46.78 seconds was set in 1992, Karsten wasn’t even born yet.

It is an amazing achievement for Karsten, who has already won the World Championships twice. The Norwegian athlete has been a part of the PUMA family since 2019.

Starting on lane 7, Karsten was off to a fast start and immediately opened up a large gap to his competitors and finished far ahead of everyone else. When he realised that he had made history, he covered his face with his hands and kneeled down on the floor, shaking his head. The jubilant crowd in the stadium waved Norwegian flags.

“It was the first time back with audience, family and friends in the stadium,” Karsten said after the race. “I knew I had it in me but of course it’s very special to be able to do it, and I’m just really happy and really proud. It’s an amazing moment.”

After the race, Karsten and his coach Leif Olav Alnes had a special message for PUMA about the spike Karsten wore when he set the world record.

From all of us at PUMA: Congratulations Karsten. We’re really proud of you!

THE NEW CAPSULE BY PUMA AND DUA LIPA