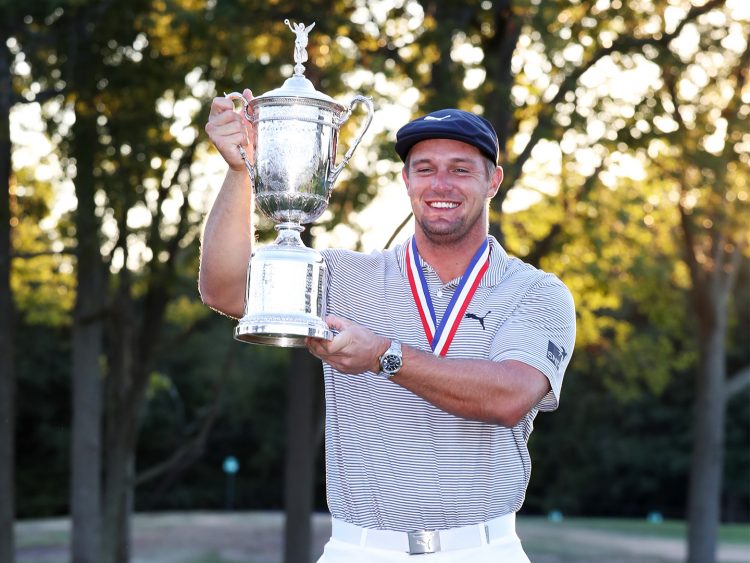 DeChambeau relied on his COBRA Golf equipment to help win his first major!

DeChambeau relied on his COBRA Golf equipment to help win his first major!

PUMA athlete Bryson Dechambeau won his first major golf title on Sunday, winning the U.S. Open. Golf fans were treated to an exciting finish as COBRA PUMA GOLF athlete DeChambeau pulled away from the world’s best with the only under-par final round, securing the U.S. Open trophy, and the exlusive first Major of his career. As the last put dropped on 18, it was DeChambeau who withstood the pressure, shooting a final round 67 at Winged Foot Golf Course in New York.

“Today we’re honored to celebrate Bryson capturing his first Major Championship! He is a great ambassador for COBRA PUMA GOLF, forging his own path as a unique, talented player, and now a Major winner. Excitingly, the 2020 U.S. Open also marks the first ever major to be won by a player using ONE length irons, providing incredible validation of the concept. We look forward to many more championships to come.”

DeChambeau relied on his COBRA Golf equipment to help fuel his excellent play, and ultimately his win, including the brand’s SPEEDZONE Driver, which he utilized to average an astonishing driving distance of over 325 yards. Additionally, DeChambeau played this week equipped with SPEEDZONE ONE Length and Forged MB ONE Length Irons and for his winning look, a PUMA CLOUDSPUN Caddie Stripe polo, his signature driver cap & new PWRADAPT CAGED Wing shoes, inspired by the iconic blue and white striped awning at Winged Foot.

The Power of planning

Accountability in getting results

Read more
SPORTSTYLE
Install App
CATch up is available as an app!