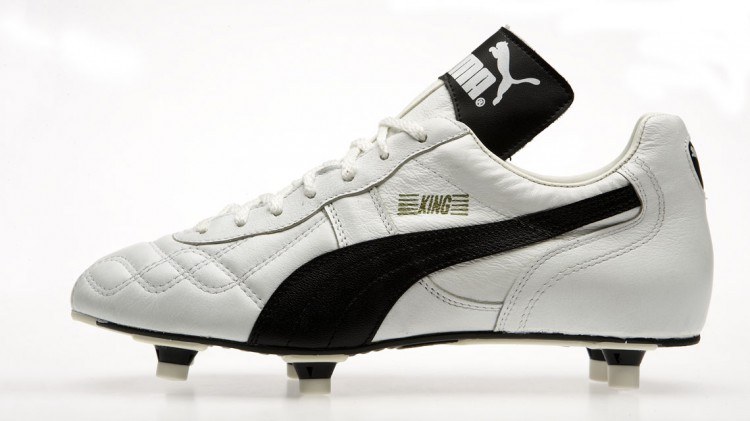 His passion for the PUMA King caused Lothar Matthaeus many troubles

An offer from top German Bundesliga club FC Bayern Munich can be seen as the crowning glory of the career of every ambitious football player. Having just won the National Cup in 1984, the FCB wanted to sign one of the biggest talents in Germany at that time – Lothar Matthaeus. Only 23 years old, his brave answer was: “Yes, but…!”

It was not the salary or the compensation for his former club Borussia Moenchengladbach that made him hesitate. “It was a pair of shoes that almost made the contract fall through”, Helmut Fischer recalls.

“I will come, but I will wear my PUMA Kings”, Lothar declared adamantly, while the FCB’s directors started to frown. How should they explain this to the club’s technical supplier Adidas? Grown up in Herzogenaurach, next door to the former PUMA Headquarters, where his father used to work as a facility manager, Lothar was born with the PUMA spirit.

Just like for other extraordinary players such as Pelé, Eusébio and Maradona, the PUMA King became Lothar’s shoe – no matter whether he played for the local 1. FC Herzogenaurach or top Bundesliga club Borussia Moenchengladbach. In the end, Lothar made his point and kept playing the King in Munich. With this, he laid the ground for the meanwhile well established sponsoring model that allows players to have individual contracts for their shoes. However, not everyone shared Lothar’s passion for the King – especially at the German national team. Lothar refused to wear Adidas shoes as required by contract, but stubbornly continued to play the King. He was fined several times, but this did not really seem to bother the young troublemaker.

For the 25th anniversary of Lothar winning the FIFA World Cup, PUMA launches a Premium edition of the shoe. In honor of his successful times in Italy, it comes with the special heel lining “Inter Milano inspired”. The romance of PUMA King and Matthaeus might even rekindle, after Helmut received a text message from Lothar only a few minutes after his son Milan was born last year. It read: ‘Is everything prepared to sign the PUMA contract for MM?’” 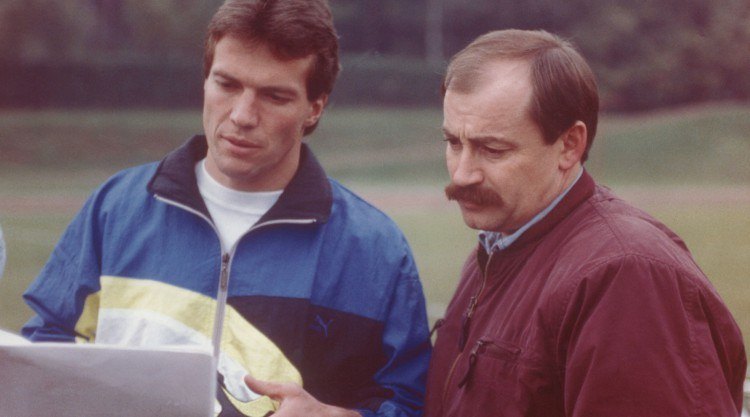 Young Lothar and Helmut: “Mister PUMA” has known Lothar from childhood days and used to play with him for the 1. FC Herzogenaurach.

No matter where he played – Lothar trusted the PUMA King.
football

No matter where he played – Lothar trusted the PUMA King.