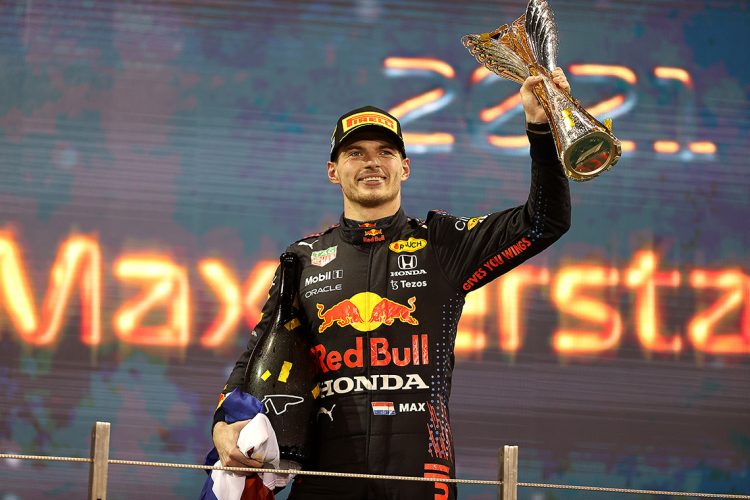 The 2021 Formula 1 season will enter the history books as one of the most exciting ever, with Lewis Hamilton and Max heading into the final race equal on points. Lewis had taken an early lead in the season, but Max narrowed the gap and overtook Lewis with six victories in nine races between May and September. Lewis recovered, however, and won the penultimate three races of the season.

Though Lewis was ahead for most of Sunday’s race, a safety car phase in the final laps meant Max was able to change to fresher tyres and overtake Lewis in the final lap of the season.

“It’s just insane. My goal when I was little was to become an F1 driver and you hope for wins and podium finishes. When you hear them play the national anthem, you hope that one day they’ll play yours. When you stand here and they tell you you are the World Champion, it’s incredible,” Max told reporters after the race.

“Lewis is an amazing driver and an amazing competitor. They made it really, really hard for us, ” he added. “It could have gone either way but next year we’ll come back and try it all over again.”

From all of us at PUMA: Congratulations Max!

Get CATch up news on your phone!

Playing the Game of Life

Greatest Hits from the Archive

Get the Look: PUMA NeverWorn

Match the role and location

Get CATch up news on your phone!