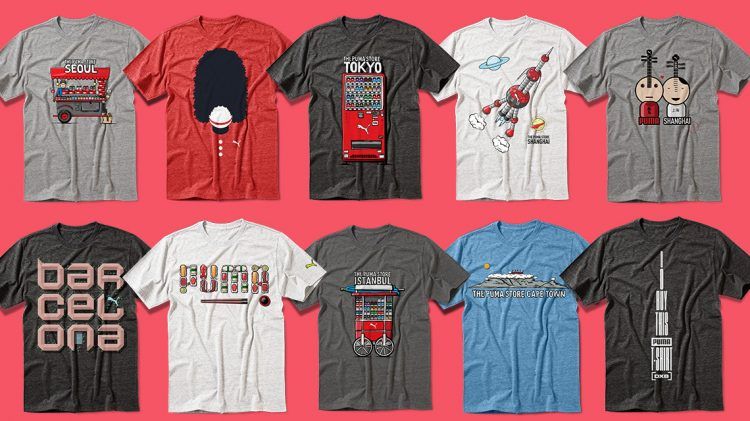 From a paper bag for NYC
to Istanbul, Dubai, Shanghai...

Sometimes a small side project turns into something big! Here is an example. PUMA’s Brand Design team originally was asked to design a cool paper bag for our flagship store in New York City. In the end they travelled around the globe, got inspiration in some of the most vibrant cities and came up with a unique t-shirt series. They were selling like hotcakes!

CATch UP had a chat with Jan Hippchen, Head of Brand Design at PUMA to learn more about this “From Herzogenaurach to the world” project.

Jan, as the project leader – how did this side project become so big?

Jan: Honestly, I don’t know. It started with some custom bags for NYC. Then, a couple of weeks later, we were asked if we could use these graphics on tees as well. Then Retail asked us to visit our colleagues in Istanbul, try to understand the city and then come up with some ideas for Retail exclusive City Tees. Well, we obviously did a good job there so it just continued to get bigger and bigger.

Can you tell us a bit more about the creative process? How did you come up with the ideas for the designs?

Jan: There is no protocol for this. And no brief. I can’t speak for my team mates Carlin and Shane, but I just go for the idea and put a lot of love into every single one. I think our secret is total creative freedom and a why-not?-attitude. Basically, we just walked around the city, took hundreds of photos, asked thousands of questions and listened carefully to what the locals said. Then, back at our desks, we just started creating ideas and filtered what might work.

And they sold well, right?

Jan: I guess so. After the Istanbul shirts had been launched, I’ve been told that our shirts would be among the top 10 best selling products in the local stores. And this success laid the groundwork for the other cities.

Do you have a favourite tee?

Jan: Actually yes. And the people who know me might be surprised. It’s the Tokyo shirt with the PUMA wordmark made out of sushi. Yes, it’s a logo violation. Yes, I’m guilty. But it´s on a pretty nice level and I just couldn’t resist. 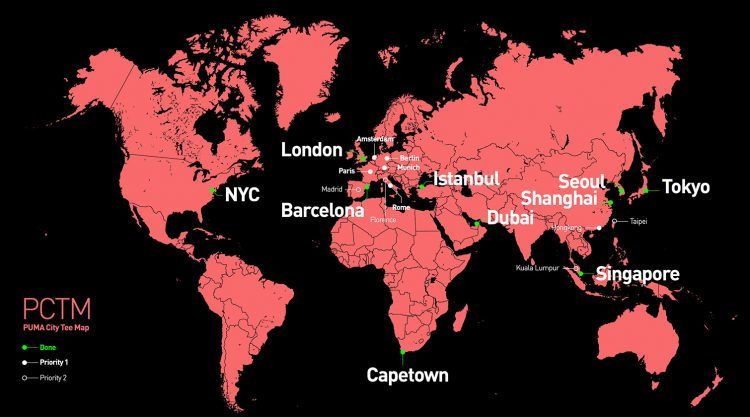 It all started with paper bags

It all started with paper bags