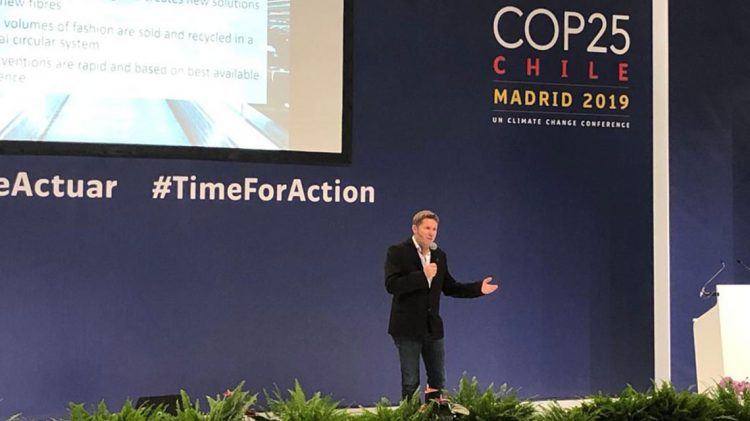 Time for
action
is now!

The fashion industry has called on governments worldwide to step up renewable energy investments, so carbon emissions in the production process can be significantly reduced and the worst effects of a changing climate averted.

One year after the launch of the Fashion Charter for Climate Action, in which PUMA plays an important coordinating role, the signatories reconvened at the UN climate conference in Madrid to send an important message: There is no time to waste!

In the past year, many things have happened, and the number of companies and associations that have signed up to the Fashion Charter has grown from 42 to more than 120! The aim remains the same, to cut carbon emissions by 30% by 2030 and make the fashion industry climate neutral by 2050. This is needed to limit global warming to 1.5 °C above pre-industrial levels.

“To hit our ambitious climate targets, renewable energy must be made widely available in countries in which PUMA manufactures and distributes its products,”  PUMA CEO Bjørn Gulden said in a statement ahead of the meeting in Madrid.

“There is no doubt that we are in a climate crisis. Time for talking is over – time for action is now. The fashion industry is ready to contribute but without massive investment in renewable energy power generation, we will not be able to achieve the 1.5 degree pathway,” PUMA Head of Sustainability Stefan Seidel told the UN Climate Conference in Madrid.